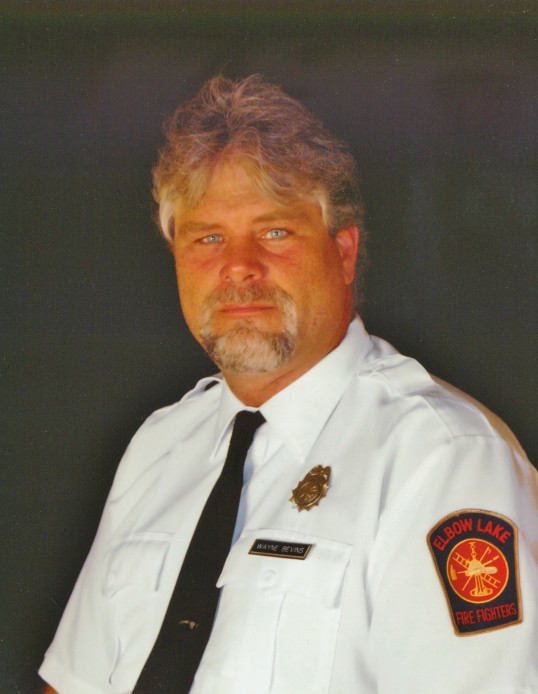 Wayne William Bevins was born October 6, 1965, in Elbow Lake, MN, the son of Alvin and Arlean (Langmaack) Bevins.  He was baptized and confirmed at United Lutheran Church, Elbow Lake.  He attended school in Elbow Lake and Fergus Falls, graduating in 1985 and then furthered his education in Marine & Small Engines at Alexandria Technical School, Alexandria MN.  On June 29, 1985, he married Dana Michelle Odegaard and they were blessed with two beautiful daughters, Jessica and Jackie; his girls, whom he loved very much and was so proud of.

Wayne was a very intelligent man and wore many hats throughout his life.  To name a few, he worked for a local farmer, tree cutting business, seasonally for Elbow Lake Co-op Grain for a number of years, Sanford Irrigation, crop adjuster, managed the Elbow Lake Ready Mix Plant, Real Estate Agent, various management positions with the local hospital including Prairie Ridge Ambulance Service, housekeeping & maintenance, and safety.  Lastly, he worked for the MN Veteran’s Home in Fergus Falls MN where he was dearly loved by the residents and co-workers.

He was also a Fireman and First Responder with the Elbow Lake Fire Department, EMT with the Prairie Ridge Hospital, Elbow Lake City Councilman, Elbow Lake Planning Commission Member, Co-founder of the Grant County Shooters Association, and he was instrumental in the building of the new hospital in Elbow Lake.

Wayne was a true outdoorsman with interests in trapping, fishing, and hunting.  He knew guns and reloaded a lot of his own ammo. He also enjoyed gardening & cooking.

A Memorial Service will be held at 11:00 AM Saturday, May 21, 2022 at United Lutheran Church, Elbow Lake with visitation beginning at 10AM.

To order memorial trees or send flowers to the family in memory of Wayne Bevins, please visit our flower store.