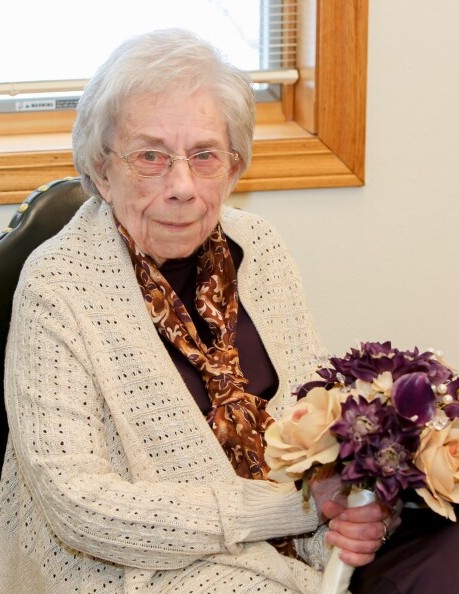 Waneta E. Morfey was born on June 24, 1930, in Nevada, Iowa the daughter of Hubert “Faye” and Laura (Eatwell) Kirby.  She graduated from Nevada High School.

Waneta and Donald Morfey were married on July 25, 1953, in Nevada, Iowa.  They lived a short time in Nevada before moving to their home in rural Barrett, Minnesota.  Waneta worked in the Abstract Office in Nevada, for Bohn Drug in Hoffman, and many years at the Hoffman Post Office, first as Clerk and then as Postmaster.  She was a member of Lands Lutheran Church where she taught Sunday School and sang in the choir.  Waneta enjoyed sewing, needle work, quilting, golfing, bowling, and her favorite was reading, and would read anything she got her hands on.

Private Family Graveside Service will be held at Lands Cemetery by Hoffman.

To order memorial trees or send flowers to the family in memory of Waneta Morfey, please visit our flower store.