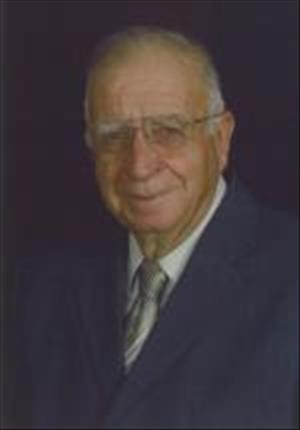 Berdell was born January 11, 1932, in Pomme de Terre Township, Grant County, to Walter and Millie (Wagner) Woessner. He was baptized and confirmed at Christ Lutheran Church, attended grades 1-8 at the Mountain Ash School District 54 in Pomme de Terre Township and graduated from the Elbow Lake High School in 1950. On July 6, 1963, Berdell was united in marriage to Eleanor Jane Pederson at the Sverdrup Lutheran Church, Underwood, by the Rev. Hedin. The couple farmed in Pomme de Terre Township for all of their married life. Berdell was a good steward of the land and enjoyed farming and gardening. He and Janey sold their produce for many years at the Farmers Market in Soo Line Park. He served on the Cenex board of directors, township officer of Pomme de Terre Township, and held several positions with Christ Lutheran Church in Elbow Lake. He also enjoyed fishing, and he and Janey were league bowlers at the L-Bowl Lanes for many years. Berdell and Janey were also familiar faces at the West Central Area boys and girls basketballs games and were recognized as outstanding supporters by the girls' basketball team. As volunteers, they supported the local food shelf and the Flekkefest celebration. Berdell is survived by those he loved: his wife Janey of Elbow Lake; his sister Beverly (Charles) Godel of Elbow Lake; nephew Craig (Marsha) Lillemoen and daughter Mya of Maple Grove, and niece Chandra (Dan) Lillemoen Herrera and daughter Laureli of Helena, Montana; sisters-in-law LeAnn (Verlyn) Dornburg and Delores (LeRoy) Peterson, both of Underwood, and brothers-in-law Duane (Chris) Pederson of Underwood, and Larry (Joyce) Pederson of Portland, Oregon; aunt Ethel Johnson of Burnsville; several nieces, nephews, great-nieces and great-nephews, cousins; and special "grandson" James Wiese. He was preceded in death by his parents and brother-in-law Rick Lillemoen.

Visitation: 3-5 Friday at Erickson-Smith Funeral Home; one hour prior to service at church on Saturday
To order memorial trees or send flowers to the family in memory of W. Woessner, please visit our flower store.