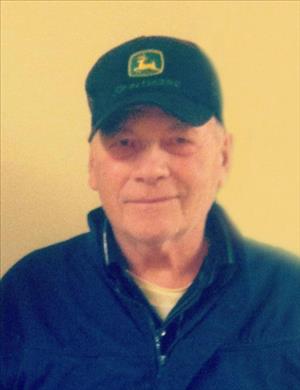 Victor Adolph Henry Karow was born on May 21, 1936, in Mountain Lake, Minnesota the son of Benjamin and Emily (Graff) Karow. He was baptized and confirmed in the Lutheran Faith. Vic attended country school by Hoffman and then the Morris Ag School. He served with the US Army with the Field Artillery, and was stationed in Korea.

He is survived by two daughters, Shelley Roscoe of Browns Valley, and Desiree (Mike) Hagen of Kensington; four grandchildren, Kelsie Roscoe and Ashton, Beau and Chloe Hagen. He was preceded in death by an infant sister, and his parents, Benjamin Karow and Emily Essig.

Interment will be in the Lakeside Cemetery by Herman at a later date.

To order memorial trees or send flowers to the family in memory of Victor Karow, please visit our flower store.