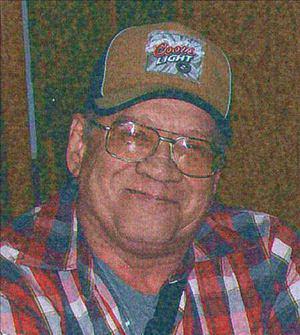 Tim Fagre, 61, of Barrett, died Sunday, August 11, 2013, at his home under the care of his family and Lakeland Hospice. A memorial service will be held at 1:00 pm Wednesday, August 14, 2013, at Peace Lutheran Church in Barrett with the Rev. Matthew Rose officiating. Visitation will be from 11 am until the time of service at the church. Burial will be in the Barrett Covenant Cemetery. Timothy "Tim" Fagre was born on December 6, 1951, to Laurel "Lars" and Luella (Asleson) Fagre of rural Wendell, Minnesota. The family moved to Elbow Lake in 1956 where Tim attended and graduated from Elbow Lake High in 1969. He also attended and was confirmed from United Lutheran Church, Elbow Lake. After one year of farming with his brother of Barrett, he enlisted in the Army where he served for three years regular Army and three years reserves. After the Army, he returned to farming, and in 1974 he met and in October of 1975 he married Marlene Mary Albjerg of Underwood, Minnesota. They had two children, Kimberly and Travis "Trapper". He and Marlene have three grandchildren, Tristan, Jenna and Madison. Tim loved to work on his property and hunting trails out in the woods. He worked for 25 years at Grant County Recycle. He loved helping others with jobs. Family was everything to Tim. He is survived by his wife Marlene of Barrett, his daughter Kimberly (Todd) Lang of Barrett and son Travis (fiancé' Ashley) of Barrett; three grandchildren, Tristan, Jenna and Madison; mother Luella Kosek of rural Hoffman, brother Dale (Priscilla) of Barrett, sister Lynda (Wally) Andersen of Hoffman, and many nieces and nephews. Tim was preceded in death by his father Lars and one brother, Donald.

Please click here to view the video tribute
To order memorial trees or send flowers to the family in memory of Timothy Fagre, please visit our flower store.