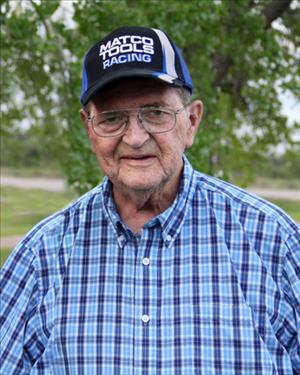 Thomas Blascyk, 72, of Kensington, passed away on Saturday, November 22, 2014 at Knute Nelson Care Center in Alexandria, MN. Thomas Richard Blascyk was born on August 4, 1942 at home in Herman, MN the son of Theophilus George and Emily Sophia (Dickenson) Blascyk. He was baptized and confirmed at St. Charles Catholic Church in Herman and attended Herman Public School through the 8th grade. He continued his education and graduated from West Central Ag School of Morris in 1960. During this time and following graduation he worked at Peterson's Implement in Herman with his father. In 1968, Tom moved to Minneapolis to begin his career working at Gopher Motor rebuilding. On April 30, 1969, Tom married Renee C. Bouressa. They then moved to Kensington where they made their home and started a family. The couple had one son, Jason and two daughters, Erin and Stephanie. In 1970, Tom started driving company truck for Farmer's Elevator in Kensington. He owned & operated his own trucks from 1978-2008, when he retired. He was quite devoted to his profession. Tom will be remembered by having long conversation about the roads he took while trucking and his favorite companions, his dogs, Astro, Buster and Frankie. He had a great love for motorcycles and cars, which he had many in his lifetime. He enjoyed building and flying remote control airplanes, watching NASCAR and cooking. Tom was a skilled craftsman and very meticulous with his projects. He's known for building his own unique creations with no plans needed. Thomas is survived by his son, Jason (Michelle) Blascyk of Kensington; daughter, Erin (Steve) Depew of New Ulm; daughter, Stephanie (Jeremy) Wagner of Garfield; six grandchildren, Brendan, Colton, Doranna, and Tayten Blascyk; Mackenzie and Landon Depew. Also surviving is his sister, Dorothy Storck of Morris, MN and brother William "Bill" Blascyk of Abiline, TX; along with furry friends "Buster" and "Frankie". He was preceded in death by his parents; brother, Joseph Blascyk of Herman; grandparents, Stephen C. and Mary E. (Jones) Dickenson of Clontarf, MN and Martin and Victoria (Matyshok) Blascyk of Catlin, IL; and pet, "Astro". May his memory be blessed. Visitation: one hour prior to services Funeral Service: 2 PM Tuesday, November 25, 2014, at First Lutheran Church in Kensington Clergy: Pastor Kathryn Rothman Interment: First Lutheran Cemetery, Kensington Arrangements by Erickson-Smith Funeral Home, Hoffman, Minnesota Condolences: EricksonSmithFH.com

To order memorial trees or send flowers to the family in memory of Thomas Blascyk, please visit our flower store.