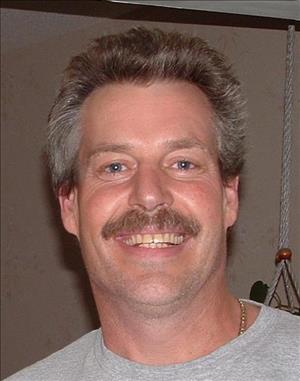 Terrance R. Weiland, 53, of Spokane Valley, WA, formerly of Hoffman, passed away November 12, 2015 in Spokane Valley. Terry was born on March 27, 1962, at Douglas County Hospital in Alexandria, MN, the son of Don and Rosie (Zilka) Weiland. Terry attended grade school and high school at Hoffman Public Schools. In 1980, Terry moved to Sacramento, CA, where his brother Tony was living to pursue a career in construction. Terry built many beautiful homes during his time in Sacramento. In 1984, Terry married Anne Michelle Strain in Sacramento. In 1997, he moved to Washington State where he worked construction with family and also worked selling fruit.

Terry enjoyed turtle hunting in his younger years, swimming, fishing, and helping his father fix cars. Terry had a charismatic personality and could talk with anyone he met. He is preceded in death by his parents, Don and Rosie, and a brother, Tony, in 1997. He is survived by his children, Nicholas Weiland of CA; Christina Nelson, Cody Weiland, Brieanna Weiland, and Denny Weiland, all of Spokane Valley, WA; and two sisters, Sally (John) Rugroden of Blaine, MN, and Sue (Scott) Holl of Hoffman, MN; three grandchildren, Kylee Michelle, Easton, and Marshall along with numerous family and friends. Visitation: 6PM to 8PM Friday, January 15, 2016, with a 7:30 Rosary, at Erickson-Smith Funeral Home in Hoffman and resuming one hour prior to the service at the church.

Rosary at 7:30PM. Visitation will resume one hour prior to the service at the church.

To order memorial trees or send flowers to the family in memory of Terrance Weiland, please visit our flower store.