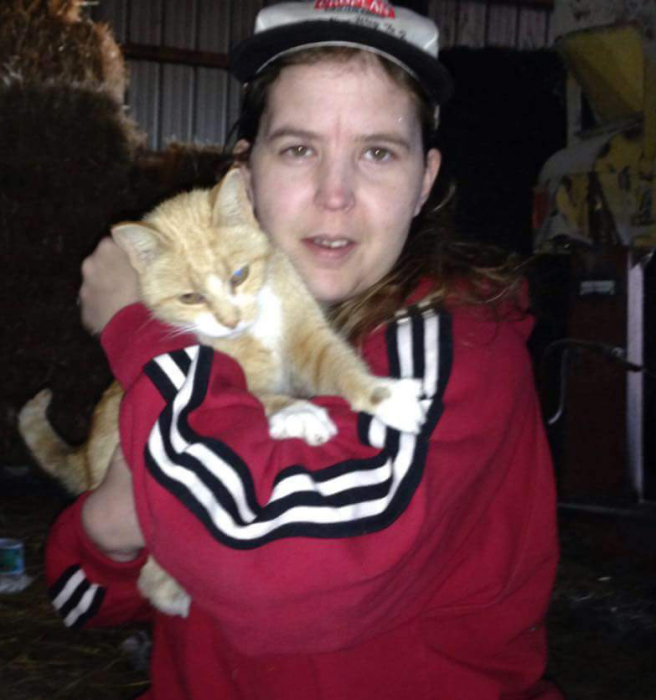 Tammy Denise Saurer was born to Dennis and Wanda (Wahl) Saurer on June 18, 1976 in Fergus Falls, Minnesota. She attended elementary school in Fergus Falls, and graduated from West Central Area High School in 1994. She received her associate’s degree and her L.P.N. and R.N through MN State Community and Technical College in Fergus Falls and later received her B.S. in nursing through Moorhead State. She was currently pursuing her dream of being a nurse practitioner and was one semester away from achieving it.

Tammy was united in marriage to Philip Petersen on June 5, 2009, Tammy’s grandmother’s birthday, at the Pioneer Care Center in Fergus Falls. The couple made their home in Hoffman.

Tammy suffered a stroke when she was 29 years old and fought her way back to a normal life. She will be remembered as a fighter and had a stubborn streak that allowed her to walk within three days of being paralyzed on her left side. Tammy was currently working on her practicum at Sisseton, SD under a very special and caring person, Dr. Tomboulian.

Tammy enjoyed water skiing, swimming, fishing, and spending time at the lake. She was an avid reader and was a huge animal lover – in particular Golden Retrievers. Tammy was a big MN Vikings and Wild fan. In her spare time she loved hunting for agates, 80’s & 90’s rock music, and her Ford pickup trucks. She had a passion for nursing and caring for people, especially the elderly. She cherished her time spent with family, especially family game nights.

Visitation: 4:00 – 6:00PM Friday, January 19 at Erickson-Smith Funeral Home of Hoffman, resuming one hour prior to the service at the church

Erickson-Smith Funeral Home of Hoffman is assisting the family with arrangements for Tammy Saurer-Petersen.

To order memorial trees or send flowers to the family in memory of Tammy Saurer-Petersen, please visit our flower store.