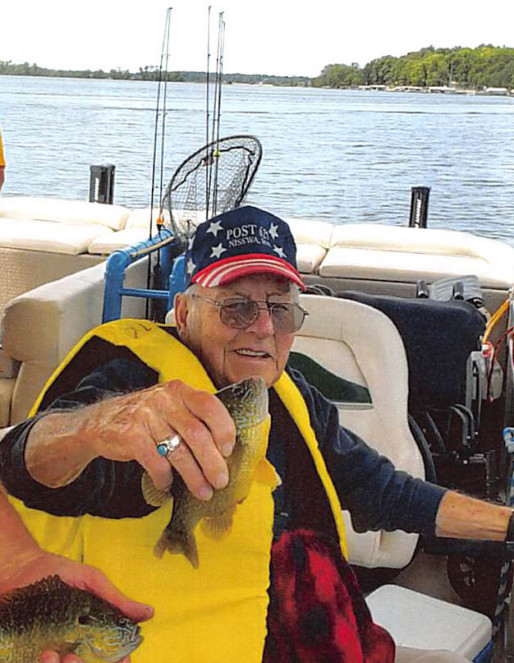 Sylvan Floyd Paulson was born October 24, 1931, in Jackson, Minnesota to Palmer & Mildred Paulson. His childhood was spent in Jackson, and he graduated from Jackson High School, and then the family moved to a farm near Elbow Lake, Minnesota. He was drafted into the U.S. Army in December 1952, and honorably discharged on December 9, 1954.

On December 20, 1953, Sonny was united in marriage to Corinne Helgeson in Elbow Lake. Together they raised two daughters, Terry and Cathy.

Sonny was a parts manager at Schmidt Chevrolet for 12 years, then sold tools and farm supplies with Lesota Tool Company, and Tri-State Warehouse for 30 years. He worked for Beyers Tire & Repair until retiring in 2014.

Sonny cherished the time he spent with his daughters and grandchildren. He loved fishing, hunting, and great conversation.

A Memorial Service will be held at 1:00 PM, Friday, July 8, 2022, at the Erickson-Smith Funeral Home in Elbow Lake with Pastor Linda Nicklason officiating.

Erickson-Smith Funeral Home in Elbow Lake is assisting the family with arrangements.

To order memorial trees or send flowers to the family in memory of Sylvan "Sonny" Paulson, please visit our flower store.