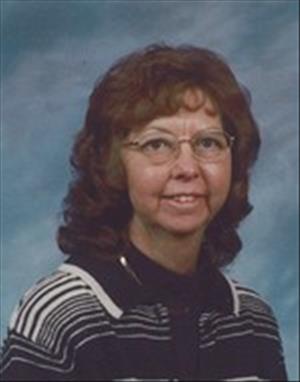 Susan Braaten, age 64, of Hoffman, died at her home on Wednesday, February 10, 2010. Funeral: 10:00 am on Saturday, February 13, 2010, at the Lincoln Lutheran Church, rural Hoffman, Burial: church cemetery Visitation: 4-7 pm Friday Erickson-Smith Funeral Home in Hoffman; visitation will resume at the church one hour before services on Saturday morning.

Susan was born in Alexandria, Minnesota, on November 29, 1945, to Arthur and Olga (Johnson) Hjermenrud. She was baptized on January 13, 1946, and confirmed on June 28, 1959, at Lincoln Lutheran Church, rural Hoffman. She grew up and attended school in Hoffman, graduating in 1963. She graduated from the Professional Business Institute and also received training to be an xray technician. She was united in marriage to James McGrath on April 8, 1967. She and James owned and operated McGrath Implement in Cresco, Iowa. On August 12, 1989, she was united in marriage to Marlin Braaten. She worked as bookkeeper at the Hoffman Co-op from 1984 to the early 2000's. She also worked for Wedum's Supply in Alexandria and Jerry's U-Save in Morris. For several years, Susan was a first responder and an EMT in Kensington and Hoffman. Susan enjoyed spending time at the lake with her sisters, bonfires, spending time with her friends, going to the casino, playing cards, especially Solitaire and Whist, bird watching and watching Wheel of Fortune. She especially enjoyed spending time with her family and her dog, Max, and cat, Boots. She was a caregiver for her parents, her sister Arlene, and her friends. She is survived by her three children, Pam (Brian) Randt of Kensington, Kris (Mike) Telkamp of Hoffman, and Pat McGrath and fiance' Tina Getz of Hoffman; seven grandchildren, Brittany and Krista Randt, Trevor and Trenton Telkamp, Kaleb and Ian Getz, and Kyra McGrath; two sisters, Ellen DeMars of Blaine and Kathy (Mark) Holl of Burnsville; aunt Hazel Vestrum of Hoffman; and many nieces and nephews. She was preceded in death by her parents, her sister Arlene Skare, her brother-in-law Jerry DeMars , and her niece Nancy Grenson.
To order memorial trees or send flowers to the family in memory of Susan Braaten, please visit our flower store.