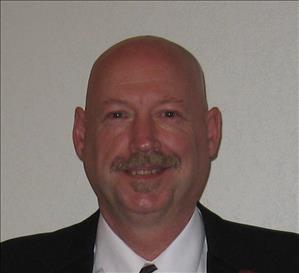 Steven Ostenson, 62, son of Walter and Hazel Ostenson of rural Elbow Lake, died unexpectedly on Tuesday, May 10, 2011, in Portland, Oregon. Memorial service: 2:00 pm Friday, June 3, 2011 Peace Lutheran Church, Ashby Clergy: Rev. Carol Olson Cemetery: West Elbow Lake Lutheran Cemetery Visitation: One hour before the service at church Steven C. Ostenson was born on April 2, 1949, in Fergus Falls, Minnesota, baptized at West Elbow Lake Lutheran Church and confirmed at Erdahl Lutheran Church. He graduated from Elbow Lake High School in 1967 where he developed his love of music under Gordon Peterson and Carlin Berg. His musical interests lead to a Bachelor of Science degree with a double major in instrumental and vocal music from Moorhead State University where he was part of the concert band, stage band, orchestra, symphonic wind ensemble, and the concert choir, which took a musical tour of Europe. Steve's instruments were the bassoon, clarinet, and baritone saxophone. He was a back-up musician for both Mark Lindsay, vocalist, and "The Four Tops." Then he played saxophone with "Paul Revere and the Raiders" and turned down an opportunity to tour with the band. Following his graduation from Moorhead State in 1971, Steve began teaching music in Halstad, Minnesota. After two years, he decided to head south following his brother Roger to Arizona. In 1974, Steve began teaching part time in Seligman where he took a band with only three members and built it up to 46 in just one year. He also started the vocal music program in the school. During his five years at Selgiman and Ashfolk, he taught private instrumental and voice lessons, elementary music, and piano lessons, in addition to running the band and choir programs. He was fondly referred to as "Mr. O" by his students. In 1979, Steve was ready for a change and moved to Oregon where he taught music in Amity for two years. In 1981, he began working for Regal Cinema as both General Manager and First Assistant. He trained many of the staff who went on to become general and assistant managers at other theatres. In 2005, he opened the Bridgeport Theatre where he was Senior First Assistant. Steve enjoyed the staff and the time in the theatre, managing the crowds and the excitement of the new movie releases. He was just starting to think about retirement and traveling when he turned 62 in April. During his time in Portland, Steve served as the Chair of the Northwest Repertory Company during the 1980's. He built sets, platforms, acted, and played in the pit orchestra of several productions. He was also a music arranger. Then in the 1990's, he directed two different bands, the Rose City Freedom Band from 1991-1995 and the Rose City Swing Orchestra from 1993-1996. After stepping down as the director of the Rose City Swing Orchestra, he continued to participate, playing the alto saxophone until 2006. He spoke proudly of the Orchestra's accomplishments and enjoyed the time spent with band members. In more recent years, he played in the percussion section of the Portland Symphonic Band. Steve was an avid gardener and enjoyed working in his yard, growing flowers and vegetables. He loved to bake, try new recipes, and renovate his vintage home. He is survived by his parents Walter and Hazel Ostenson of Elbow Lake; his brothers Roger (Carmela) of Phoenix, AZ, Curt (Betsy) of Elbow Lake, Robert (Donna) of Atlanta, GA, and Jeff (Patsy) of Ashby, and his brother-in-law Flo Kinzel of Big Lake; two nieces, Jessica (Jim) Krupicka and son Tyler, and Emily; five nephews, Ryan (Jessica), Marcus, Craig (Rose), Alex (Caileen) and Kyle; and step-niece and nephew Kathleen and Michael George. Steve was preceded in death by his sisters Carol Jean (1951) and Michele (2006). He will also be missed by many of his Portland family, including close friends Brenda Dworkshak, Glenn Ludtke, and Kim Taylor. He spoke highly of their friendship and support during his time there.

To order memorial trees or send flowers to the family in memory of Steven Ostenson, please visit our flower store.