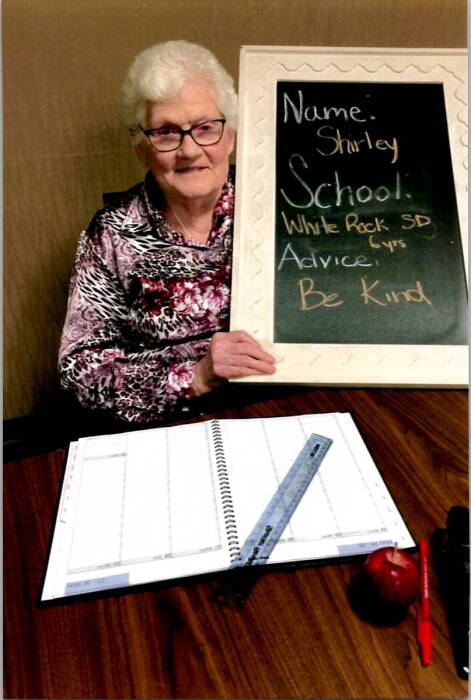 Shirley Marie Torgeson was born June 28, 1930, in Wheaton, MN to Einar and Dagny (Pearson) Johnson. Shirley spent her childhood years on the family farm in White Rock, South Dakota. She was baptized and confirmed into the Lutheran Faith.  Shirley attended the Wheaton Public School, graduating from Wheaton High School, and furthering her education at the Aberdeen Teachers College in Aberdeen, South Dakota.  She taught at the White Rock Public School until her marriage.

Shirley and Thomas Torgeson were married June 6, 1954 in White Rock, South Dakota.  They lived and farmed on the Torgeson Family Farm by Kensington, and Shirley was a homemaker raising five children, Kristine, Karla, Kay, Lee, and Lynn.   She later taught special education with the Kensington Public School, retiring in 2002.  Shirley enjoyed sewing beautiful wedding dresses, detailed quilts, and thousands of vinyl purses. She loved to garden, was an avid exerciser, and enjoyed coffee with friends. You could always find Shirley in the kitchen baking delicious breads and apple bars. She also loved spending time with her family.  She was a member of First Lutheran Church where she was active with the Ladies Aid and a proud member of the Farmers Union.

Funeral arrangements are with the Erickson-Smith Funeral Home of Hoffman for Shirley Torgeson.

To order memorial trees or send flowers to the family in memory of Shirley Torgeson, please visit our flower store.