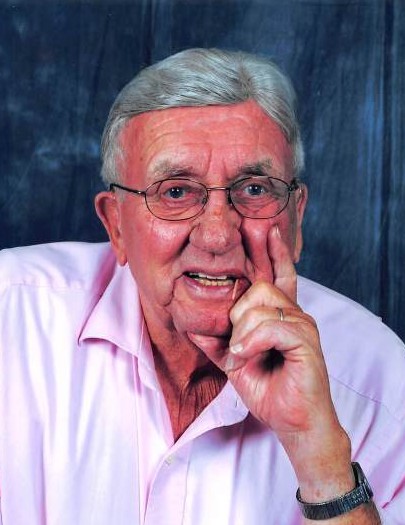 The lasting legacy of a community minded Pomme De Terre farmer ended on December 23, 2018 with the passing of Sheldon A. Tyberg, commonly known as Sheldy at the age of 95. Sheldy was born on May 19, 1923 to August and Effylen (Mickelson) Tyberg weighing two pounds at birth and being born in the family farmhouse that his grandfather built in the late 1800’s which is still standing on the farm site.

Sheldy walked two miles to Country School District #37 graduating from the eighth grade in 1937. He continued his education by walking or riding bicycle to Elbow Lake High School graduating in 1941. At age 22 he was elected Chairman of the rural school District 37. Later with the mass consolidation of rural schools he was a member of the board forming the new school District 263. Then for most of his fifteen years as a board member for District 263, he served as clerk.

He was baptized, confirmed and married by Rev. O.G. Aasen at Ness Lutheran. On May 4th, 1955, after a lengthy courtship, he married Mildred Lindberg of Battle Lake. Both Sheldy and Milly were proud of their Scandinavian heritage traveling four times to Norway and Sweden seeking relatives. They traveled in all directions, going to the North Cape above the Artic Circle and seeing Reindeer and Laplanders. Two times traveling as far south as Flekkefjord, the Sister City of Elbow Lake, spending time with friends they had met through the Sister City organization. For 35 years, he and Milly enjoyed the warm winter months in Apache Junction, Arizona. They made many friends and participated in many activities. He found much enjoyment sitting on his patio viewing the beautiful Superstition Mountains.

Sheldy had a deep passion for farming, especially tillage of soil which led to the name of the farm Triple “T” Acres meaning Tyberg's Tillable Terrain. As a young boy, he started field work with three horses on a one bottom plow and two horses on all equipment at haying time. He took great pride in his work which was obvious when he would visit with others about the status of crops and farming in general. Driving by and viewing the crops was proof of his love for farming. Throughout the years, he enjoyed training high school and exchange students that were interested in agriculture. He took great pride in passing on the love of farming to his son Scott. He was described as a gentleman of quiet determination, kind, intelligent, deep faith, sharp wit and civic minded. His heart-warming laugh and great sense of humor endeared him to all that knew him.

Sheldy was a long-time director of Farmers Co-op Oil and was instrumental in the new location and facility. He was Chairman of the Ness Cemetery board for several decades, Director of Bank of Elbow Lake, N.F.O. grain chairman of North St. Paul area and President of Elbow Lake Jaycees. He was President of the Elbow Lake snowmobile club and organized numerous trips throughout the years. The most notable was to Yellowstone National Park over New Years in 1978 with 43 sleds and temperatures as low as 61 below.

Sheldy’s spiritual passion for life and determination to work motivated him to the church council at the time of the merger of St. John’s and First Lutheran leading to the purchase and construction of United Lutheran. After the merger he was selected to a three-board disposal committee for selling the unused church properties.

Sheldy was a 52-year Elk member. He joined the Fergus Falls lodge and later transferred his membership of 30 years to Apache Junction, AZ Lodge #2349.

He was proud of his high school class of 1941. No class reunion had been planned until their 30th when Sheldy got one organized with all but one attending. He spearheaded all remaining reunions every five to 10 years.

He looked forward to big game hunting of deer in Minnesota and Montana, Antelope in Wyoming and Elk in Colorado.

Sheldy had a special gift where he was able to strike up a conversation with anyone, anywhere about anything and loved talking about his knowledge of yester year.

Being born a good democrat, he and Milly hosted fund raisers for notables as Hubert Humphrey, Walter Mondale, Collin Peterson and others at their farm.

Sheldy is survived by his wife, Mildred; son, Scott of Elbow Lake; daughter, Brenda (Tim) Nisbet of Scottsdale, AZ; grandson, Spencer; sister and brother-in-laws as well as several nieces, nephews and cousins. He was preceded in death by his parents, August and Effylen Tyberg; his only brother Howard; father and mother-in-law, Joe and Josie Lindberg and in-laws.

Visitation: Saturday, December 29,2018 from 4-6 P.M., at the Erickson-Smith Funeral Home in Elbow Lake, with visitation resuming one hour prior to the service at the church.

To order memorial trees or send flowers to the family in memory of Sheldon Tyberg, please visit our flower store.