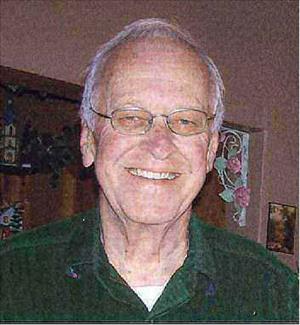 Sheldon L. Toso, 69, of Hoffman, died Sunday, April 24, 2011, at the Douglas County Hospital in Alexandria. A memorial service will be held at 1:00 pm on Thursday, April 28, 2011, at the Erickson-Smith Funeral Home in Hoffman. Family will greet friends one hour prior to the service at the Funeral Home. Sheldon was born May 30, 1941, in Baker, North Dakota, to Otto and Magnhilda (Olstad) Toso. He attended school and graduated from Devils Lake High School in 1959. On July 3, 1960, Sheldon married Beverly Dahl in Hampden, North Dakota. The couple moved to International Falls where Sheldon was an assistant manager for Woolworth's. The family then moved to Devils Lake where he worked in a service station. They later moved to Moorhead where he worked for Mathison Tire in Fargo, and on to Duluth where Sheldon worked for Seiberling Tire Company and Mathison Tire. In November 1983, they moved to Hoffman where Sheldon and Beverly had "Toso's Hoffman House." He later went to work for Cenex in Hoffman and retired in 2006. Sheldon was devoted to his family and loved spending time with them. He also enjoyed reading and watching the Minnesota Twins and Vikings. Survivors include his wife Beverly; sons Dean (Donna) Toso of Moorhead, Brian (Kelly) Toso of Little Falls, and Daryn (Nicolle) Toso of Fergus Falls; grandchildren Jeffrey, Erick, Derek, Blake, Kylie, Trent, and Mitchell; and two brothers, Wallace (Arlyce) Toso and Dennis (Doris) Toso. He was preceded in death by his parents; one sister, Mavis; and four brothers, Howard, Orvin, Donald, and Alvern.

Family will greet friends at the Funeral Home one hour prior to the service.

To order memorial trees or send flowers to the family in memory of Sheldon Toso, please visit our flower store.