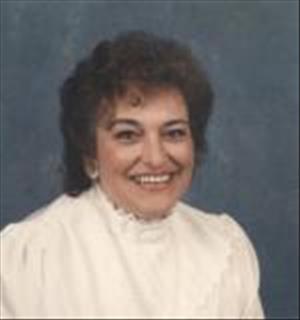 Sharon Davern, 65, Barrett, died Monday, October 4, 2010, at the Prairie Ridge Hospital & Health Services, Elbow Lake. Visitation will be held at the Erickson-Smith Funeral Home in Elbow Lake from 5-7 pm on Thursday, Octo.ber 14, 2010, with a time for sharing memories at 7 pm.

Sharon was born at Stewart, Minnesota, on August 8, 1945, to Jake (Stanford) and Norine Lindner. She was baptized in the Catholic faith and attended Our Lady of the Lake Catholic School until 7th grade. She continued her education at Grandview Jr. High in Mounds and finished at Robbinsdale High School.

When she moved to Barrett, she became Lutheran and attended Peace Lutheran Church in Barrett. She worked at Cill's CafAC. in Barrett and then went to work in the dietary department at ELEAH Medical Center, where she worked for 13 years.

Sharon's four children, nine grandchildren and great-grandson were the light of her life. She loved everything simple in life, the first snowfall, a rainbow, a smile, a child. She considered everyone who entered her life to be a gift.

Sharon was preceded in death by her parents Jake and Norine Lindner, one brother, Thomas Benjamin Lindner, and all of her grandparents, aunts and uncles.
To order memorial trees or send flowers to the family in memory of Sharon Davern, please visit our flower store.