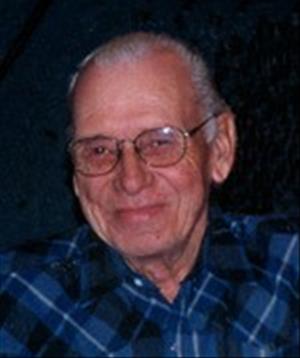 Roger Vikesland, 72, formerly of Wendell, died Saturday, Jan. 9, at the Minnesota Veterans Home in Fergus Falls. Funeral services for Roger Vikesland will be held at 2pm on Friday, Jan. 15, at the Rock Prairie Lutheran Church, rural Elbow Lake. Burial will be in the church cemetery.

Visitation: 5-7pm Thursday, Jan. 14, with a 6:30 prayer service, at the Glende-Nilson Funeral Home in Fergus Falls; one hour prior to service at church on Friday.

Roger E. Vikesland was born April 1, 1937, to Eilert and Alma (Torgrimson) Vikesland on their home farm in Stony Brook Township. He was baptized and confirmed at Rock Prairie Lutheran Church and was raised on the family farm. He attended District 29 country school and graduated in 1955 from Elbow Lake High School. On January 9, 1956, he was ordered into active duty with the U.S. Army and was stationed at Fort Leonard Wood, MO. He served in Japan for two years with the 34th Engineer Company 29th Engineer Battalion. He was awarded Career Soldier of the Month on January 21, 1958, for his service as assistant platoon sergeant and squad leader of the 2nd Cartographic Platoon, the Cartographic Section Chief of the Carto Section and for demonstrating initiative and resourcefulness in many phases of technical training and production work. In the conduct of military training of his Platoon and Section, he has been outstanding, demonstrating the willingness and ability to bring his subordinates to the high standard expected of them. His commanding officer stated that Sgt. Vikesland is an extremely well kept soldier, his moral character and integrity is above reproach. He was honorably discharged from the Armed Forces of the United States of America on April 30, 1962.

On December 7, 1958, he married Sharon Cora Ostenson at Immanuel Lutheran Church in Barrett, Minnesota. They moved to Fergus Falls and later moved to a farm in rural Otter Tail County. A few years later they moved to Wendell where they lived until 1981 when he moved to the family farm. In 1986, after his son married and took over the family farm, they moved back to their home in Wendell until two years ago when he moved to Fergus Falls and finally to the Minnesota Veterans Home.

In 1958 he began his career with Evavold Construction as a caterpillar operator. In 1970 he bought into the company, Evavold-Vikesland Construction. In 1981 he sold his part of the business and continued to work for Evavold Construction until 2001. During the non-construction season (winter), he plowed snow for the Village of Wendell and several of its residents and businesses.

In his early years he enjoyed dancing (teaching his daughters his many moves), snowmobiling, hunting and golfing with friends and attending the Caterpillar Conventions. Later in life he enjoyed working in the garage/shop, attending family gatherings, auctions and the Dalton Thrasher and especially giving tractor rides to his grandchildren.