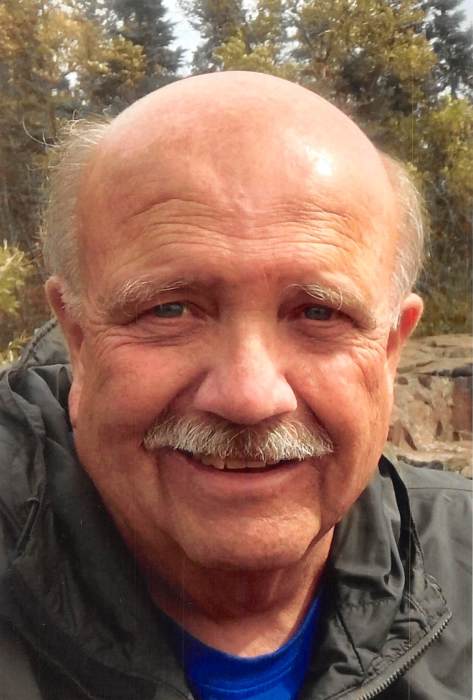 Roger Wayne Rollie, age 67, died peacefully at his home in Elbow Lake MN on June 16, 2018. With support from LB Hospice, his family was at his side, a year and a half after being diagnosed with kidney cancer.

Roger was born in Pelican Rapids, MN on May 15, 1951, the middle child of five children born to Juel J. and Phyllis G. (Knutson) Rollie. The Rollie family moved four times throughout Roger’s growing up years, making homes in Wendell, MN, Harvey, ND, Starbuck, MN, and moving to Elbow Lake, MN before his junior year in high school. He graduated from Elbow Lake-Wendell High School in 1969 and in 1971 earned a two-year degree in Sales and Marketing from Alexandria Community and Technical College.

He met his future wife, Luanne Johnson, soon after the move to Elbow Lake and they were married at the Barrett Covenant Church on July 31, 1971. The couple made their home in Fergus Falls where Roger was assistant manager of the Western Gas Station and Convenience Store. Two daughters were born and brought great joy to their home; Rachel Kay in 1973, and Laura Jo in 1978. In 1989, the family moved to Elbow Lake.  In 1973, Roger began his career as an employee of the State of Minnesota at the Fergus Falls Regional Treatment Center. Working as a Building Services Supervisor/Manager, he saw many changes in his 35 years there. He especially enjoyed assisting with Friday afternoon tours as the Treatment Center was nearing closure. He retired July 1, 2008.

A man of deep-rooted faith in God, he often relied on that faith to see him through the storms of life such as health concerns and losses of dear family members. He was active in the churches he attended over the years serving in leadership roles, education, music, and as a sound system technician.  He was currently a member of Alexandria Covenant Church. In the 1980's Roger, Luanne, Rachel, and Laura traveled throughout the area with a family ministry, Filled With Joy/Treehouse Puppets. During those years he also had the opportunity to play "Psalty" the Singing Songbook for children’s musicals at Calvary Free Lutheran Church in Fergus Falls.

He appreciated the simple pleasures in life and had an easygoing, go-with-the-flow outlook. Music was of special interest and while in high school he was a member of the Minnesota All-State High School Choir and later sang in the Grant County Barbershop Chorus, church choirs, and community groups for Christmas cantatas. Spending time outdoors and the beauty of nature brought him pleasure. There will be special memories of times spent with Roger; taking day trips, visiting State Parks, biking the Central Lakes Trail, going to Duluth and the North Shore, days with great-nephew and great-niece Carter and Ava, sitting on the deck watching the birds, firing up the charcoal grill, dirt track stock car races, and just savoring time with family and friends. After retirement Roger volunteered at the Grant County Food Shelf.

Preceding him in death were his parents, brother David, and sister Kathy.

Visitation: 5:00 PM – 7:00 PM Thursday, June 21 at Erickson-Smith Funeral Home, Elbow Lake and resuming one hour prior to the service at the church.

To order memorial trees or send flowers to the family in memory of Roger Rollie, please visit our flower store.