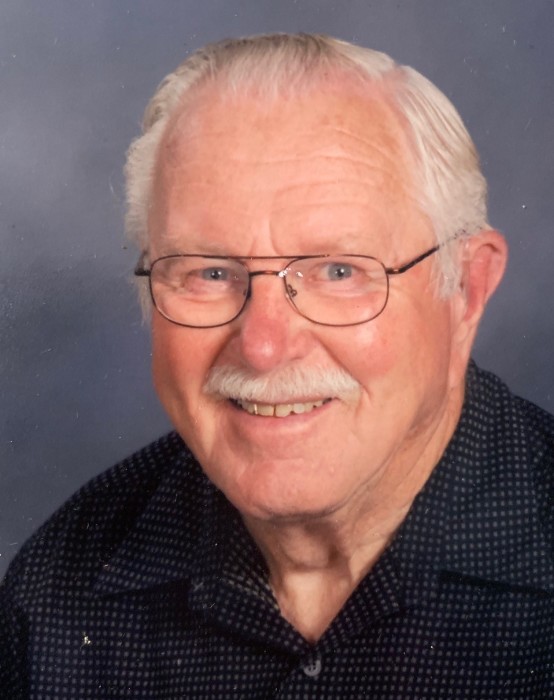 Roger Gunderson was born on October 6, 1931, by Kensington, Minnesota the son of Walter and Mae (Moen) Gunderson.  He attended the Minnesota State Academy for the Deaf in Faribault  and graduated from Central High School in Duluth. While attending the Academy in Faribault, Bud played with the drum and bugle corp, learned to use sign language and became an excellent lip reader.   On August 15, 1953, Roger married Yvonne Johnson, and the couple spent sixty years together, mostly residing in Hoffman.  Bud and Yvonne raised four children, Audree, Gwen, and twins Mike and Mark.

Bud did carpentry work doing remodeling, home furniture and accessories.  Bud and Yvonne owned Gundy’s, specializing in arts and crafts, and traveled across Minnesota selling their own handmade crafts. He loved making special handmade gifts at Christmas time and most family members have special wood toys, furniture or accessories created especially for them. He also worked at the Hoffman Blacksmith Shop for many years.. Bud enjoyed music, old time polka dancing, going to the casino, all flavors of ice cream, popcorn, and golfing, He and Yvonne particularly enjoyed their trips to Florida, Montana and their Caribbean cruise.  He loved spending time in his shop and was known for his saying, “Must Be Nice” and a few other sayings probably not appropriate in a church setting.

After Yvonne’s passing, Bud left his home of more than 50 years in Hoffman, MN to move to The Legacy assisted living residence located in Delano, Minnesota in order to be closer to children and grandchildren.  He eventually transitioned to The Estates care facility, also in Delano.

To order memorial trees or send flowers to the family in memory of Roger Gunderson, please visit our flower store.