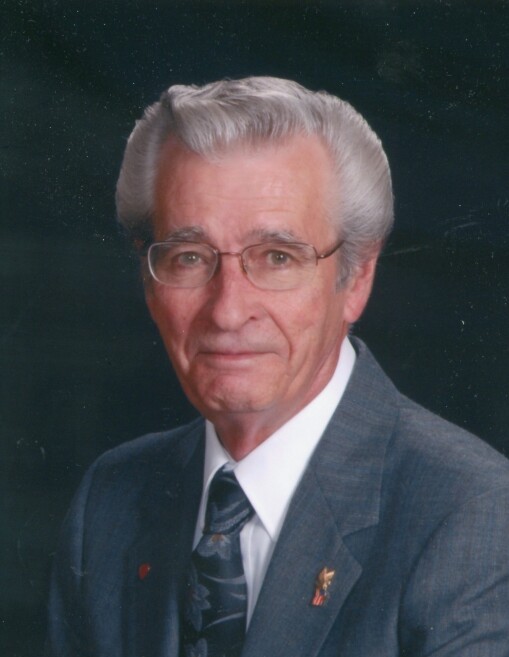 Robert “Bob” Weigand, 79 of Wendell, Minnesota, died Thursday, October 7, 2021, at his home with his family at his side.

Robert Phillip Weigand was born June 16, 1942, on the Weigand family farm in Grant County, seven miles northwest of Wendell, Minnesota, to parents Fred and Helen (Thompson) Weigand. Bob grew up and lived on this farm his whole life. He attended Grade School in Lawrence Township District #45 through 3rd Grade, Grades 4 through 6 in Wendell, and grades 7 through 12 at Elbow Lake High School. In High School Bob was active in Future Farmers of America (FFA), served as a Drum Major in the Marching Band, and played tenor saxophone in the concert band. He was baptized and confirmed in the Lutheran faith. After graduating from Elbow Lake High School in 1960, he continued farming the family farm, eventually purchasing it from his mother and father when they retired and moved to the town of Wendell. Bob enjoyed hunting, fishing, horseback riding, leather working, carpentry, sport shooting and Native American Heritage; roller skating with friends was also important to him. One of the cars he often talked about wishing he still owned, was his 1956 Chevy Hardtop, which undoubtedly had plenty of power, but being the grounded individual Bob was, he never received one speeding ticket while driving it, or at any other point throughout his entire life.

Bob and Leone Eidem were married on September 11, 1963, in the First Lutheran Church in Elbow Lake, and they made their home on the family farm northwest of Wendell. Their first son Mark was born on December 21st, 1973, and second son Brad was born on July 4th, 1976. Bob and Leone enjoyed traveling, visiting most of the states in the U.S., minus the New England states, and some travel in Canada. One of Bob’s travel highlights with Leone was seeing Elvis Presley live, in Las Vegas, Nevada. Although Bob and Leone enjoyed traveling, they also enjoyed relaxing at their lake cabin on Lightning Lake, where solace could be found, and minds rejuvenated. Bob was an active member in the community. He was a member of Trinity Lutheran Church in Wendell where he served on the council and sang in the choir. Bob was a member of the Elks, Lions Club, Minnesota Sherriff’s Association for 21 years, and strongly supported and contributed to the National Rifle Association, up to the prestigious level of ‘Patron Member’. He generously gave of his time to support the Boy Scouts of America for 16 years, first a Scout Leader and later as the Scout Master for Troop 318, where the pinnacle of his efforts was rewarded when his two sons Mark and Brad, along with Jeff Schei were awarded the coveted rank of Eagle Scout in December of 1991. Bob’s appreciation for nature was visibly prevalent on the farm, which could be seen by the vast array of beautiful flowers that he and Leone cultivated throughout their time together there. Bob proudly flew the American and POW MIA Flag in the yard, staunchly supporting freedom and our nation’s military. His enthusiasm and love for bird watching encompassed multiple bird feeders that ensured their care and feeding year-round, attracting a wide variety of birds, with the Cardinal always holding a special place in his heart.

Bob put his blood, sweat, and tears into farming for 25 years, until 1985, at which point he retired from farming and began selling insurance in Elbow Lake, Fergus Falls, and eventually as an agent with AFLAC Insurance. Bob sold insurance for seven years, and then transitioned to the newly built Walmart in Fergus Falls, Minnesota, where he worked for 21 years, until retiring in 2012 to spend time at home with his wife Leone. After his wife’s passing in 2013, Bob took some time for reflection, but continued his journey, reaching out to old friends and co-workers, one of which was Gloria Carlson. Gloria worked in Arts and Crafts at Walmart and is an avid knitter. Upon learning that knitters used wooden yarn susans which were absurdly overpriced, Bob was moved to revisit his wood working skills, handcrafting over 60 yarn susans that he gifted to friends, family, and sold at various venues for a nominal price. Bob and Gloria continued spending time together, enjoying each other’s company, weekly breakfast at Perkins, shopping outings, sightseeing trips to Fargo, Alexandria, and Gloria’s home state of Wisconsin, until the point that Bob’s health would not allow for it anymore. Bob and Gloria remained extremely close until the end, when he slipped the surly bonds of earth with her at his side.

Bob is survived by his two sons, Mark Weigand of Columbus, Georgia and Brad Weigand of West Fargo, North Dakota; special friend, Gloria Carlson of Fergus Falls; two brothers, Clair (Marilyn) Weigand, and Don (Gloria) Weigand all of Wendell, one brother-in-law, Burnell (Rachani) of La Mesa, California, and by numerous relatives and friends. He was preceded in death by his wife, Leone on January 10, 2013; and his parents, Fred, and Helen Weigand in 1989 and 2008 respectively.

Visitation from 4:00 – 7:00 PM Wednesday at the Erickson-Smith Funeral Home, Elbow Lake, and resuming one hour prior to the service at the church.

To order memorial trees or send flowers to the family in memory of Robert "Bob" Weigand, please visit our flower store.