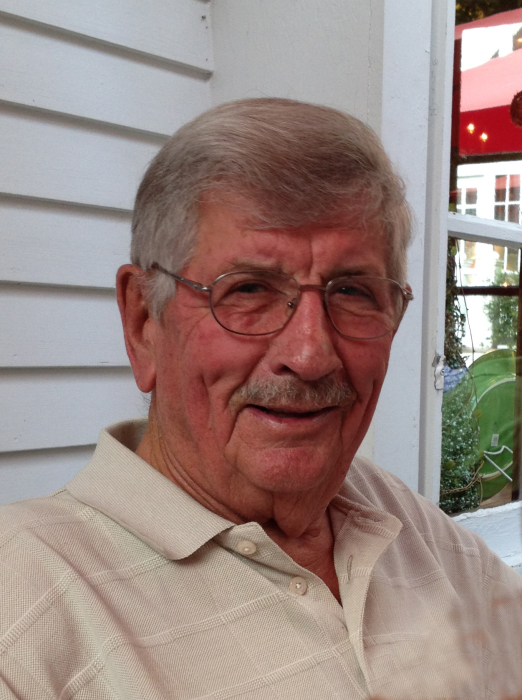 Robert (Bob) O. Swenson, age 91, was born on August 28, 1926, at home in Sanford Township, rural Elbow Lake, Minnesota, the only son of Ole N. and Gina (Ostenson) Swenson.  After having four daughters, this son was very welcome.  He was baptized and confirmed in the West Elbow Lake Lutheran Church.  He attended country school through the 8th grade and graduated from Elbow Lake High School in 1944. Bob entered the U.S. Army in 1946, serving for one year and was honorably discharged when his father asked him to take over the farming operation.  He became a “farmer for life”, living his passion of tilling the soil for 80 years.

On October 11, 1947, he was united in marriage to Marian Halvorson in the St. John’s Lutheran Church in Elbow Lake. The couple made their home in Elbow Lake where they raised four children.

Bob loved music, sang in the church choir for 60 years, the Grant County Barbershop Chorus, a Barbershop Quartet called the “NightCrawlers”, and sang for many funerals and weddings.  Bob sang almost daily for his own enjoyment right up to the time of his death.  Throughout his life, Bob’s curiosity took Marian and him on many journeys visiting countries and experiencing diverse cultures around the world, his favorite being three trips to Norway where he could practice gammel Norsk.

Bob served on a number of community boards including school, church, and elevator.  He also served as chairman of the finance committee to build United Lutheran Church.  He was an active member of the American Legion, Elbow Lake Lions Club, snowmobile club, and bowling leagues.  Bob would never turn down the chance to play a game of whist, a round of bridge or a challenge to play cribbage.  One of his favorite pastimes was dancing which he learned at a young age from his older sisters.

Above all, Bob loved spending time with family and friends.  He enjoyed having exchanges with people – visiting over a cup of coffee, sharing a story, discussing current politics, reviewing farm futures or just talking over how to deal with the weather forecasts.

Bob is survived by his wife of 70 years, Marian and their four children, Barbara Swenson of Maple Grove, Charles (Sonja) Swenson of Lake Benton, David (Cheryl) Swenson of Arden Hills and Scott (Michelle) Swenson of Elbow Lake, 6 grandchildren, and 9 great-grandchildren.  He was preceded in death by his parents and sisters Altha Leraas, Norma Johnson, Gladiva Andersen and Ruth Brenden.

To order memorial trees or send flowers to the family in memory of Robert Swenson, please visit our flower store.