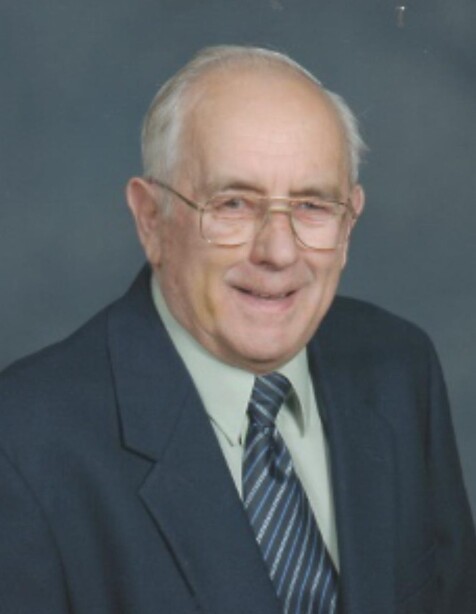 Robert Leroy Moore passed away Tuesday, November 17, 2020 at Bethany on the Lake in Alexandria at the age of 91. Interment will be at Bethel Cemetery of Hoffman. A private family graveside ceremony will be held with arrangements made by Erickson-Smith Funeral Home of Elbow Lake.

Robert Leroy Moore was born February 20,1929 to Sylvester and Sarah (Keacher) Moore in Frazee, MN. He grew up on the family farm in Stacey, MN with his sister Elaine. He attended District #11, a two-room schoolhouse in Stacey and graduated from North Branch High School in 1946. He joined the service in January 1949 and was discharged September 1952, during which time he became a High-Speed Radio Operator and was stationed in Japan and Korea. Upon discharge he met the love of his life on a blind date. He married Carol Joyce Peterson on October 30,1954 at Spring Lake Lutheran Church of rural North Branch, MN. They just celebrated their 66th anniversary. They raised 5 children, Charleen, Connie, John, Paul and Daniel on a farm near Stark, MN. In 1974 he moved his family to a larger farm near Hoffman, MN. He enjoyed dairy farming, fishing, bowling and spending time with his children and grandchildren.  He is a member of Messiah Lutheran Church of Hoffman.

Robert was proceeded in death by his parents Sylvester and Sarah Moore; sister Elaine Carlson and son Daniel Moore.

A video recording of the Graveside Service will be uploaded to this website after the service on Saturday.

To order memorial trees or send flowers to the family in memory of Robert Moore, please visit our flower store.