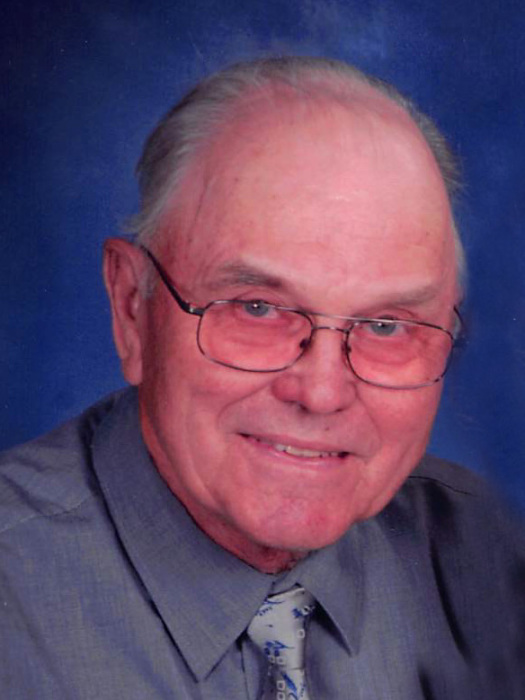 Bobby was born January 16, 1934, in Martin County, MN, the oldest child of Lawrence and Edna (Nelson) Hutchings. According to Wikipedia, Martin County’s land is “completely devoted to agriculture where possible.” The same would be true for Bobby.

Within about a year, the family moved to a farm in Delaware Township, Grant County, near Edna’s family. Bobby’s three sisters would be born there. From a young age, Bobby helped with the fieldwork. He remembered shocking grain with his family when it was “colder than the dickens out there.” Photos show a sturdy, stubborn little boy with a sly sense of humor. At age 10, he fell from a tree and broke his leg while trying to get the chickens into the coop during a thunderstorm. It didn’t stop his penchant for climbing on top of things, like the roof of the house, grain bins, or craggy rocks by Lake Superior. He attended school in Elbow Lake, graduating in 1952. He played football, the tuba, and sang in the choir with a reedy tenor voice. He was insecure about his reading ability, but nonetheless read voraciously throughout his life.

DonaLou Nelson, a petite girl from Fergus Falls, worked as a waitress at the A&W there. Bobby tipped her with a couple of pennies from his change, which she flung into the field next to the restaurant in a pretend pique. (After closing, DonaLou scoured the field to pick up the scorned pennies.) He stole a root beer mug; she had to pay for it from her salary. They married on April 9, 1955, and immediately started their family.

As DonaLou once said, Bobby worked in town to support his farming habit. He started working as an auto mechanic for George Stavig in Barrett. He ended his career as a large-machinery mechanic for Mark Sand & Gravel in Fergus Falls. All through this time, he continued to farm full-time, with a lot of help from DonaLou, and later, his kids. If the moonlight was strong, he would work in the fields into the small hours of the morning, only to be up again with the sun. He continued to fix stuff and, occasionally, to wreck stuff. His aim with the combine through the polebarn door wasn’t always perfect. After retiring from his day job, he had time to pick even the fist-sized stones from the fields—just for fun.

Bobby and DonaLou were married for 66 years until she died on February 2, 2021. He survived her by ten months to the day. Even as his memory failed at the end, his grief stayed with him. Did anyone ever hear him say “I love you” out loud? Maybe not—but we knew he did.

A private service will be held.

To order memorial trees or send flowers to the family in memory of Robert Hutchings, please visit our flower store.