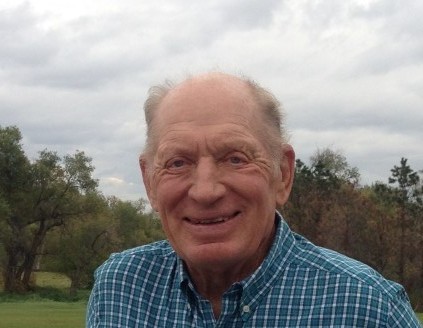 Richard John Stark was born on April 13, 1947 in Morris, MN, the son of Reuben and Mildred (Person) Stark.  He was baptized on May 11, 1947 at Aeneas Lutheran Church and was confirmed there on May 20, 1962.  Rick attended country school for a short time, receiving the majority of his education in Hoffman, graduating from Hoffman High School in 1965.  He went on to attend Alexandria Technical College, where he studied agriculture for a few years.

While attending Lutheran Bible Institute in Golden Valley, MN, Rick met Ardis Larsen, and they were married on April 19, 1969 at First English Lutheran Church in Little Falls, MN.  They were blessed with two children.

For over 50 years, Rick and Ardis farmed near Kensington, where they continued to reside.  Rick raised hogs early on, and later focused on small grains, including wheat, corn, and beans.  In retirement, he worked for Thorstad Brothers Tiling.

In his spare time, Rick enjoyed flying and was an active member of the Morris Flying Club for many years, flying Cessna and Piper aircraft.  A tractor fanatic, Rick had an impressive toy tractor collection and restored numerous old tractors as well.

Rick was an active member of Aeneas Lutheran Church and later Messiah Lutheran Church.  He served on the school board, drove school bus, coached wrestling, and was active on countless boards, including soil and water; and the hospital.

In addition to his parents, he was preceded in death by his son-in-law, Mitch Brethorst; and a brother, Paul.

Visitation: 5 – 7 PM Tuesday, with a 7 PM Prayer Service, at Messiah Lutheran Church in Hoffman, and one hour prior to services at the church.

In lieu of flowers, a donation to the Messiah Church for the Fire Pit Sidewalk or Aeneas Cemetery Association would be appreciated.

To order memorial trees or send flowers to the family in memory of Rick Stark, please visit our flower store.