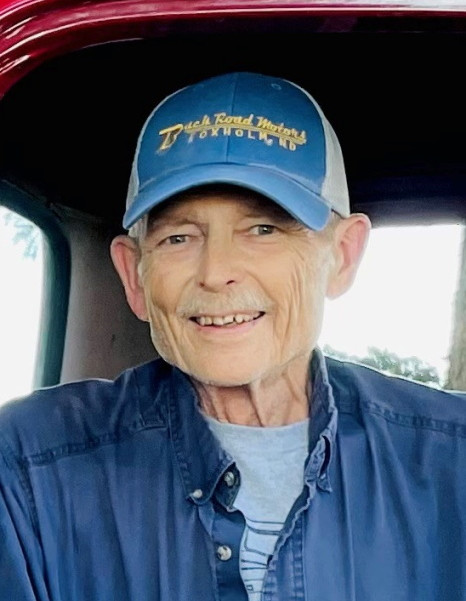 We are heartbroken to announce the death of Richard Odell Swenson, 70, of Elbow Lake, Minnesota. He passed away in the evening of October 7, 2022, peacefully at home, surrounded by his family.  With his wife by his side, he courageously showed us how to live life and fight like hell for the last seven years.  He never let cancer slow him down.

Richard was born at the hospital in Fergus Falls, Ottertail County, MN on August 19, 1952 to Vernyl and Helen (Estenson) Swenson. He was baptized and confirmed into the Lutheran Faith at West Elbow Lake Church.  He was married to JoAnn Kroeger on September 27, 1975 at Christ Lutheran Church in Elbow Lake.

Richard graduated from Elbow Lake High School in 1970, where he was not only involved in Football, Wrestling, and FFA, but also Homecoming King.  He went on to graduate from Wahpeton School of Science with a degree in Autobody.

Throughout the years Richard wore many hats:  working for Donny Ricks, Lowey Ricks, Mert Shuck, and Troy Rupp.  He had his own body shop and construction business, and plowed township roads for years.  He would install flooring for his wife, drive grain truck for his daughters, and help with home improvement projects for anyone.  Richard would joke, he was a “Jack of all trades, Master of none.”

Richard loved playing in the dirt, from farming to hauling gravel.  All of his children had the opportunity to help on the farm throughout the years, but nothing is more bittersweet then him being able to farm with his dad, Vernie, in the beginning, and then with his son Casey, at the end.  Hunting was his other true passion, especially Elk hunting in Colorado.  He enjoyed going for a drive on the country roads, visiting with friends, and spending time with his family at the lake.

Funeral Services will be at 11:00 AM Wednesday, October 12, 2022 at United Lutheran Church, Elbow Lake with Pastor Jean Ohman officiating.

Visitation will be from 5:00 – 7:00 PM Tuesday at Erickson-Smith Funeral Home in Elbow Lake and resuming one hour prior to the service, at the church

To order memorial trees or send flowers to the family in memory of Richard Swenson, please visit our flower store.