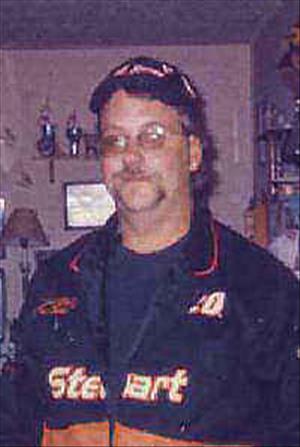 Richard Hilde, 42, of Elbow Lake, died unexpectedly onThursday, April 19, 2012, at the Scotland Memorial Hospital in Laurinburg, North Carolina. A memorial service will be held at 2:00 pm on Saturday, April 28, 2012, at the Erickson-Smith Funeral Home in Elbow Lake. Family will greet friends one hour prior to the service. Richard Christ Hilde was born on January 16, 1970, in Hopkins, Minnesota, the son of Clifford and Terrance (Harmon) Hilde. He was baptized in the Lutheran faith and graduated from the Hoffman-Kensington High School in 1989. After high school he went to Sun Prairie, Wisconsin, where he received his CDL certificate. Richard returned to Hoffman where he was employed with the Starner Farms. He then began driving as an owner/operator with Foltz Trucking of Detroit Lakes as a long haul trucker.

Richard was a dedicated Minnesota sports fan following both the Twins and Vikings. He had an enthusiastic interest in NASCAR and also enjoyed attending the local dirt track races. Richard loved restoring antique tractors and was an avid reader. Survivors include his sister Cindy Hilde of Breckenridge; one brother, Gallen Norris of Hoffman; step-father Jerry Norris of Hoffman; and by numerous relatives and friends. He was preceded in death by his mother, Terrance Harmon and his father, Clifford Hilde.

To order memorial trees or send flowers to the family in memory of Richard Hilde, please visit our flower store.