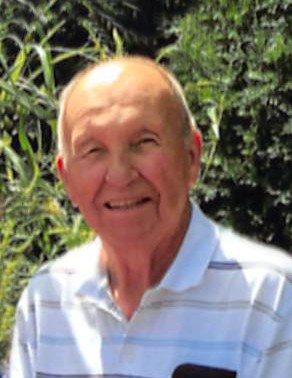 Raymond Ziemer died on Tuesday, October 26, 2021 at the Rolling Hills Assisted Living in Barrett at the age of eighty-eight years.

Raymond (Bud) Endreson Ziemer was born August 29, 1933, to Leslie and Minda (Endreson) Ziemer. He was baptized at Immanuel Lutheran Church in rural Barrett, Minnesota. He grew up on the “Ziemer” farm in western Roseville Township near Herman, Minnesota. He attended country school and Herman Public School and later was a student at Dunwoody Institute in Minneapolis in the welding program.

Bud married Dora Suzanne (Suzy) Olsen on September 3, 1952. Their first home was a small trailer on the family farm. Bud enlisted in the army and served from 1954 – 1955 in Korea.  Suzy moved home to her parent’s home in Donnelly, Minnesota while he was gone. Bud was honorably discharged after serving for 18 months when his father fell ill, and he was called home to help work the farm. Bud was very proud to be a US Veteran.

Bud and Suzy had four children – Susan born February 1956, Virginia born September 1957, Steven born November 1959, and Michael born November 1960. The family moved to the “Endreson” farm site west of Hoffman in early 1961. They lived there and Bud was a farmer until his retirement. After that, he satisfied his farming itch by working in the fields for the neighbors. There are many family stories of the farming lifestyle, livestock raised, gardens tended, cats and dogs enjoyed, and love shared there as the children grew up and moved away and the years passed. In 2011, Bud and Suzy started spending their winters in town. Within a few years, North Star Apartments in Hoffman became their year-round residence. They moved to Rolling Hills Assisted Living in Barrett on September 7, 2021.

Memorial Service: 2:00 PM Saturday, October 30, 2021 at Messiah Lutheran Church, Hoffman with visitation one hour prior to the service.

Erickson-Smith Funeral Home of Hoffman is assisting the family with arrangements for Bud Ziemer.

To order memorial trees or send flowers to the family in memory of Raymond "Bud" Ziemer, please visit our flower store.