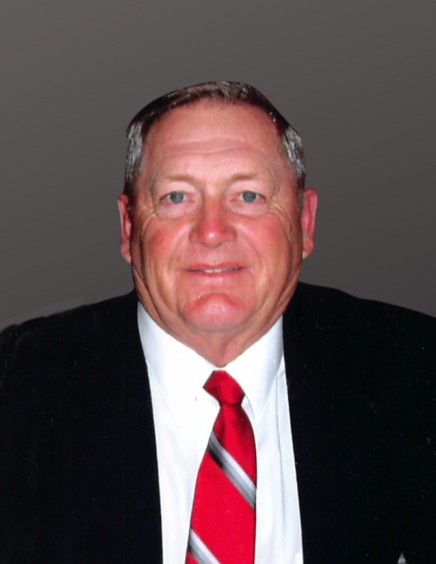 Ralph was born on September 28, 1936, to Lester and Madge (Drexler) Carlson on their farm in Norcross, Minnesota.

Ralph attended District 40 Country School (through eighth grade) and graduated from Elbow Lake High School.  He was baptized and confirmed at Norcross United Methodist Church. After high school he farmed with his dad on the family farmstead. For a short time he drove the ice cream truck for Schwan’s in addition to farming.

On February 20, 1971, he married the love of his life, Mary Keller. They continued to raise cattle, dairy farm, and grew grain and sugar beets until he retired 1999. The family farmstead is currently farmed by Ralph’s nephew, Boone Carlson.

After retirement, Ralph and Mary moved to Elbow Lake on Tipsinah Mounds golf course, where Ralph spent most of his free time golfing. They wintered in Arizona which allowed him to continue golfing all year. In addition to golfing, Ralph enjoyed meeting his regular coffee group in Norcross to shake dice, traveling, playing games, putting puzzles together, and watching the Twins and Vikings.

For 25 years he served as Treasurer of North Ottawa township. And served as a member of Norcross Coop Oil board.

Ralph is preceded in death by his parents, Lester and Madge Carlson; sister Donna Gjervold; and brothers-in-law, Duane Gjervold and Don Vogel.

Visitation 6:00 – 8:00 PM Friday, October 22, 2021, at Erickson-Smith Funeral Home, Elbow Lake, Minnesota, resuming one hour prior to the service at the church.

In lieu of gifts memorials preferred to American Heart Association.

To order memorial trees or send flowers to the family in memory of Ralph Carlson, please visit our flower store.