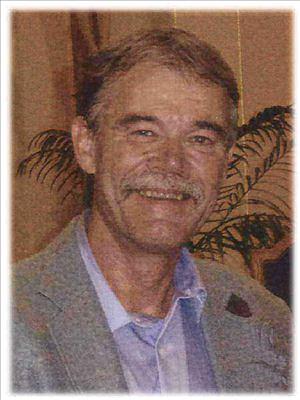 Patrick "Tag" Kruize, 53, of Wendell, died Sunday, July 22, 2012, at Sanford Health in Fargo, ND. Patrick John Kruize, "Tag," was born on April 5, 1959, in Fergus Falls, Minnesota, to Carl and Dona (Curtis) Kruize and grew up in Elbow Lake and graduated from Elbow Lake High School where he was involved in athletics. Following graduation, He lived in the California bay area where he worked numerous jobs. After returning from California, Tag received an Associates Degree from the Wadena Technical School in Telephone/Lineman Electronics. On August 18, 1984, Patrick married Judith DiIorio at St. Mary's Catholic Church in Keewatin, Minnesota. He worked in the Research and Development Department for CosMos Enterprises in Elbow Lake and later with Skyvision Inc. in Fergus Falls. Tag was most recently working as a corrections officer at Thistledew in Togo, Minnesota, a job he found to be extremely satisfying, despite being away from his family. Tag enjoyed hunting, fishing, woodworking and carpentry and was very meticulous in his work (measured 10 times). He loved the lake, especially time spent at the cabin in Nashwauk, Minnesota. He was a great storyteller, quick to share advice and his wisdom, and loved to dance. Tag had a very unique style of dancing. Survivors include his three children: Matthew of Wendell, Benjamin of Herman, and Christina of Elbow Lake; four siblings: Michael (Anita) Kruize of San Jose, California, Pamela (Larry) Hubbard of Elbow Lake, Dawn (fiancée Steve Spaulding) Kruize of Elbow Lake, Shelly Gamache of Fergus Falls; and his father, Carl Kruize of Elbow Lake. He was preceded in death by his mother, Dona Kruize; and a brother, Curtis "Skip" Kruize. Visitation: 5-7 pm Tuesday, July 24, 2012, at the Bethlehem/West Elbow Lake Lutheran Church in Elbow Lake; one hour prior to the service on Wednesday. Service: 4:00 pm Wednesday, July 25, 2012, Bethlehem/West Elbow Lake Lutheran Church, Elbow Lake. Clergy: Rev. Scott Ruud

To order memorial trees or send flowers to the family in memory of Patrick Kruize, please visit our flower store.