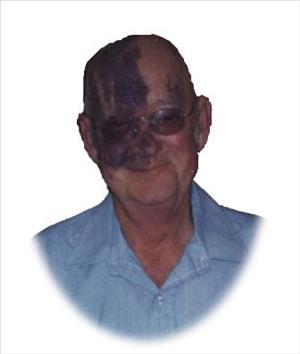 Olaf "Bob" Dybdal, 82, of Elbow Lake, died Wednesday, February 8, 2012, at the Prairie Ridge Hospital in Elbow Lake. Services for Bob Dybdal will be held at 1:00 pm on Monday, February 13, 2012, at United Lutheran Church in Elbow Lake with the Rev. Bob Toso officiating. Burial will be in Ness Cemetery, Elbow Lake. Visitation will be held on Sunday, February 12, at the Erickson-Smith Funeral Home in Elbow Lake from 3-5 pm and will resume at the church on Monday one hour prior to the service. Olaf Arthur "Bob" Dybdal was born on October 29, 1929, in Fergus Falls, Minnesota, to Edson Arthur and Mildred Beatrice (Belgum) Dybdal. Bob graduated from Elbow Lake High School. In September of 1952, he enlisted in the US Army, where he served as a weapons carrier specialist during the Korean War and achieved the rank of Corporal. After his honorable discharge in 1954, Bob continued his education at the University of Minnesota in St. Paul and returned to farming in North Ottawa Township. On November 25, 1964, Bob was married to the love of his life, Connie Ann Ledum at Ness Lutheran Church in Elbow Lake. The couple made their home on the farm in North Ottawa Township from 1965-1986, when they moved to Pomme de Terre Lake in Erdahl Township. They later built a home in Elbow Lake where they lived until 2004 when they moved into the Maplewood Manor. Over the years, Bob served on the boards of North Ottawa Township and United Lutheran Church, was past Master of Mason's, past Commander of the American Legion in Wendell, and belonged to the Elks and Mill Pond Gun Club. He was a true outdoorsman and enjoyed fishing, duck hunting and deer hunting. Bob was also Curator at the Grant County Historical Society for a number of years and was a volunteer at the Grant County Food Shelf. Bob was an avid reader and enjoyed westerns, in particular. Survivors include daughter Cindy Kroeger of Baudette and son David (Lisa) Dybdal of Morris; grandchildren Sarah (Joe) Wierenga, Michael Kroeger, and Lucy (Nathan) Solar, and Deven and Shelby Dybdal; five great-grandchildren, Riley and Zachary Wierenga, and Nicholas, Lily, and Isaac Solar. Bob was preceded in death by his parents, E.A. and Mildred Dybdal; his wife Connie Dybdal, and a sister, Edna Dybdal. Arrangements are with the Erickson-Smith Funeral Home in Elbow Lake. Condolences may be sent on-line to www.EricksonSmithFH.com

One hour prior to the service on Monday.

To order memorial trees or send flowers to the family in memory of Olaf Dybdal, please visit our flower store.