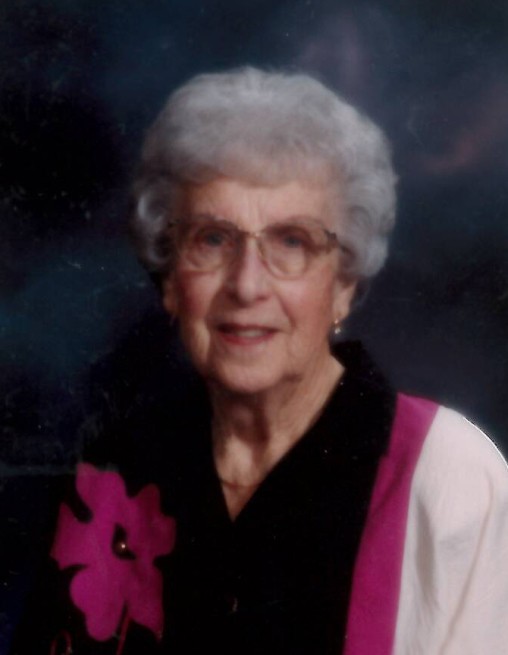 Minnie Jeanette (Hornstine) Neubauer was born at home on a farm near Campbell, Minnesota, on April 29, 1920, the daughter of Frank and Martha (Waldecker) Hornstine.  She grew up and attended District 79 country school.

She was united in marriage to Raymond Neubauer on June 8, 1940.  They moved to a farm east of Campbell, where they raised six children, while she also helped with the farming and the raising of anything pertaining to the farm.  They later retired and moved to Wendell in 1976, where she resided until October of 2016.  Minnie moved to Twin Town Villa in Breckenridge, MN, where she has since resided.

When Minnie wasn’t farming, she enjoyed gardening and cooking for family and was a master at preparing delicious meals for her family or spur of the moment drop-in company and friends.  She was known for her fantastic buns which she shared with many.

In addition to her parents, she was preceded in death by her husband, Raymond; son, Curtis; daughter, Waiva; daughter-in-law, Mary Ann; and brother, Maynard.

Visitation: 4 - 6 PM Friday, with a 5 PM Prayer Service at Erickson-Smith Funeral Home in Elbow Lake, and one hour prior to services at the church.

Interment will take place in the spring at St. Loretto Cemetery, Elbow Lake

To order memorial trees or send flowers to the family in memory of Minnie Neubauer, please visit our flower store.