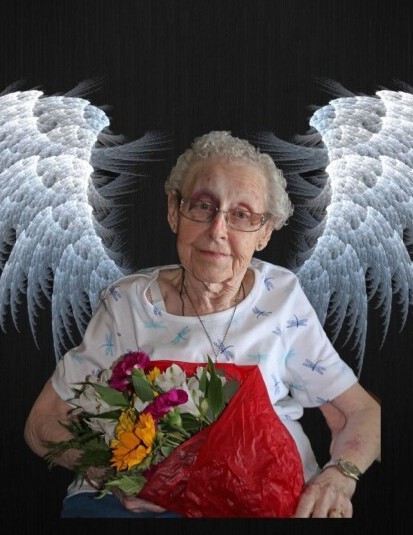 Mildred Beverly Tordsen was born at home on July 23, 1927, on a family farm in Otter Tail County, Fergus Falls, MN. She attended school in Buse township through the twelfth grade. In 1942 she left home and worked in Sioux Falls. Later that year, she returned to Fergus Falls and worked at the Rivers Inn as a cook.

On March 31, 1948, she married Allen Tordsen. They moved around for many years before settling on a farm in Evansville, MN. There they raised their six children, milked cows, and farmed land for many years. They sold the farm, and in 2003 they moved to Elbow Lake, MN. Allen died on August 17, 2008. Millie continued to live in Elbow Lake until May 2018. She then moved to the Galeon Nursing Home in Osakis, MN.  On November 20, 2020, Millie passed away at the age of 93.

Millie enjoyed crocheting, embroidery work, putting puzzles together and framing them, baking and cooking, and walking around town. She reminisces about her younger days with her sister Violet.  They loved playing in the fields during thrashing time. They would also chase each other around the lilac bushes because Violet did not want to do dishes. When they came in the house, grandma would have the dishes done.

She is preceded in death by her husband, Allen Tordsen, her parents, Herman and Cecilia Teberg, one grandchild, Chad, six brothers, and one sister.

There will be no services held at this time due to the Covid virus. A Graveside Service will be held for the family at a later date.

To order memorial trees or send flowers to the family in memory of Mildred Tordsen, please visit our flower store.