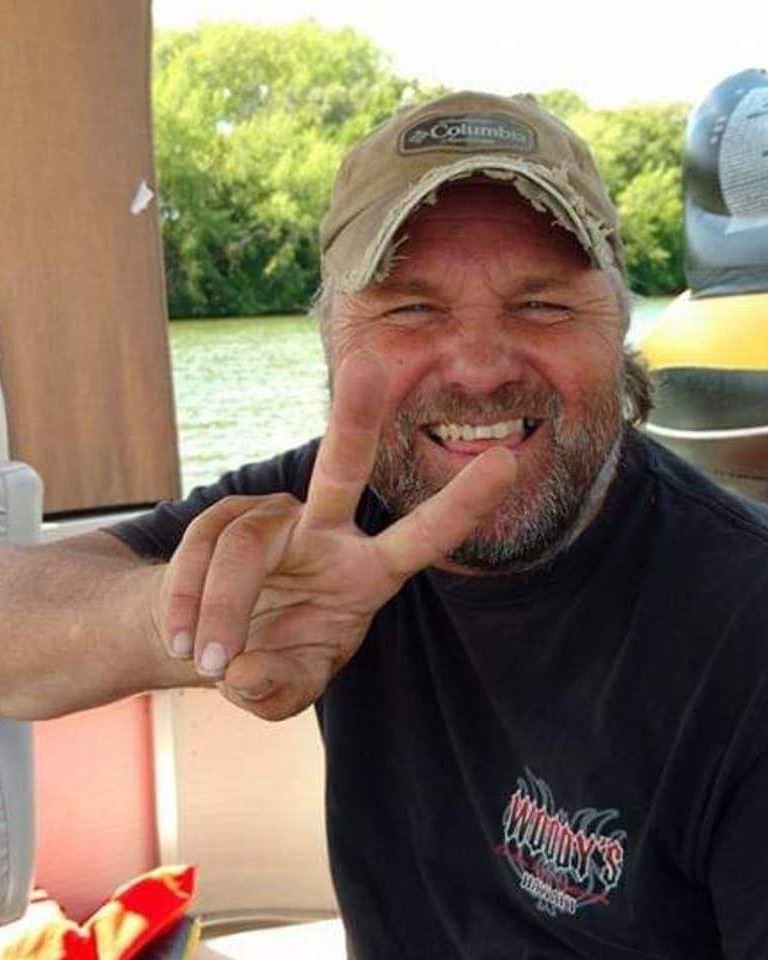 Michael was born in St. Paul, Minnesota on March 29, 1963, to Donald and Ellen (Thorstad) Olson. He grew up and attended elementary school in Canby, MN. In 1975, he moved with his family to Hoffman and graduated from Hoffman-Kensington High School in 1981. During high school, he was on two state championship football teams, as a sophomore and as a senior. He attended Southwest State University and Alexandria Technical College where he received training in appliance repair and refrigeration. He worked for Hintgen-Karst Electric in Fergus Falls, and then the state hospital until it closed. He then started his own appliance repair business, Son’s Appliance, in Fergus Falls and closed this business in 2016. Recently, he worked as a bartender at K-Town Bar.

Mike had a special relationship with his many nieces and nephews and was the quintessential “crazy uncle”.  They all adored him, as he was their definition of cool – he had a jeep, rode a Harley Davidson motorcycle, loved dogs, and had a natural talent of drawing. He was the life of the party and brought laughter and a smile to everyone around him because of his sense of humor.

He enjoyed bonfires and time spent at Elk Lake and camping in Finland, Minnesota. He liked to tinker with things, rebuild old jeeps and motorcycles, autobody and painting, and go on motorcycle road trips with his friends. He was known as the “go to” guy if something needed fixing.

A Memorial Gathering will be on Saturday, February 4, 2023 at the Erickson-Smith Funeral Home in Hoffman from 12 noon until 3:00 PM. All are welcome!

Erickson-Smith Funeral Home of Hoffman is assisting the family.

Last night, the angels came and took my brother, Mike, to the Pearly Gates, where my Mother is giving him a huge hug! Cancer is a cruel disease, but Mike fought a courageous battle. Ultimately, after four weeks in hospice, he lost the battle. Mike had many talents. He had a natural talent of drawing. He amazed his nieces and nephews with intricate drawings of the items he was asked to draw. (However, not all drawings could be viewed by the public!). He built his log house by reading a book from the library, and loved to rebuild old jeeps! Mike was the life of a party, and brought a smile to everyone around him because of his sense of humor. The nieces and nephews loved Mike because he had a special relationship with all of them. They will always remember watching bug fights on TV when the stations went off the air, play hide and seek (and he would hide in the walls), and pinkie swear not to tell the parents! He was always the go-to, when something needed fixing! Mike, your battree (battery) has died, we are pertooobed (perturbed) that you have left us way too early, and we will always be looking for the dual tanks! We love you!

Today I said goodbye to my Uncle Mike, who is bravely fighting the last days of his short battle with cancer. Mike is the quintessential “crazy uncle”. He is the life of the party, and wherever he is, laughter and hilarity ensues. While rife with dirty jokes and legendary stories of his escapades, he is also the kindest, most humble, and loveable guy. As kids, we all adored him, as he was the definition of cool-he had a Jeep, rode a Harley Davidson motorcycle, liked girls with really big… hair, loved dogs, had an awesome 80’s hairstyle that he maintains to this day, was a great dancer (even professionally on occasion), and was very handsome, like a countrified Patrick Swayze.

He is one of the funniest people I know, although privately I believe he wrestled with his emotional trauma like many comedians do. Mike’s mom, my grandma Ellen, passed away from cancer when he was in 10th grade. He was the baby of the family. I think he spent much of his life, a kid at heart, missing his mom terribly. I know about moms who miss their baby boys…Mike, your mama is going to bust through those pearly gates to get to you when she sees you coming. I can only imagine! Godspeed, Mikey. Heaven's about to get a helluva lot more fun.

To order memorial trees or send flowers to the family in memory of Michael Olson, please visit our flower store.