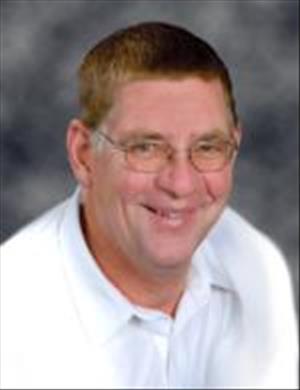 Michael was born in Alexandria, Minnesota, on July 23, 1952, to Orville and Darlene (Chayer) Anderson. He was confirmed at Erdahl Lutheran Church and attended school in Evansville where he graduated from high school in 1970. He attended Alexandria Technical College and earned his degree in carpentry. On July 6, 1974, he was united in marriage to Madeline Endreson at Erdahl Lutheran Church. To this union two children were born: Emily Kay and Kristel Clare.

Mike's passion was definitely farming. He loved everything about it and enjoyed talking farming with his friends. He enjoyed coffee hour almost daily at the Elk Lake Heritage Preserve with his group of friends who call themselves "The Geezers." Camping get-a-ways with "The Happy Campers" were always a favorite of his. Mike was such a caring man and a friend of many. He never complained and was always willing to help others before himself.

Mike, most of all, was a family man. He enjoyed spending time with his beautiful family and did anything to make sure that they were all taken care of. Mike served on numerous boards, including the Hoffman Coop Oil Association, Elk Lake Township, Grant County Soil and Water Conservation District, and various committees at Messiah Lutheran Church, including teaching Sunday school recently, which was an experience he always had stories to bring home about.

He was preceded in death by his parents Orville and Darlene Anderson, an infant brother, John, and his mother-in-law Irene Endreson.

Visitation: 5-7 pm Monday at the Erickson-Smith Funeral Home in Hoffman and will resume one hour prior to the service at church on Tuesday
To order memorial trees or send flowers to the family in memory of Michael Anderson, please visit our flower store.