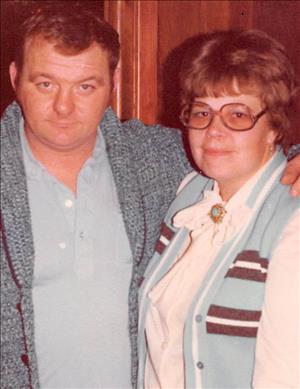 Mary Jo was a graduate of the Upper Midwest School of Beauty and Roger was a graduate of Tintah High School. Mary Jo held several jobs over the years and worked at Sears-Roebuck in Nebraska, Homecrest in Oregon, and at Gram's Café in Wendell, to name a few. Her most important job was being her son's mom and wife to Roger. Roger worked on the Miller farm, worked at Tuffy's Dog Food in Perham, was a logger in Oregon, worked in the Prison in Nebraska, and worked at the Tintah Fertilizer Plant.

Mary Jo enjoyed her spiritual connections, bible study, church, and a good laugh. Roger enjoyed fishing, telling jokes, and having a good time, while providing for his family.

Roger and Mary Jo are survived by a son, Adam of Elbow Lake; Mary Jo's sisters, Lori, Charlotte, Julie and Cindy; and many nieces, nephews, cousins and friends.

In addition to their parents, Mary Jo and Roger were preceded in death by Mary Jo's brothers, Gary and Denny; and Roger's sister, Lavonne "Tootie"; and pets, Bambi, Gina, Bandit, and Spencer.

To order memorial trees or send flowers to the family in memory of Mary Moore, please visit our flower store.