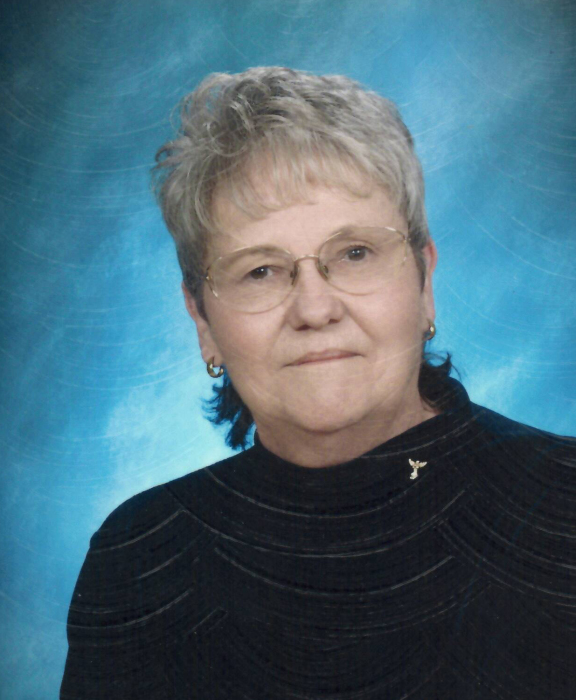 Mary Kay Conrad was born on July 12, 1947, in St. Cloud, Minnesota the daughter of Bernard and Veronica (Nohner) Danzl.  She graduated from St. Cloud Cathedral High School in 1965, and continued her education with St. Cloud Beauty School becoming a Licensed Beautician.

Mary and Ronald Blehr were married in September of 1966, and to this marriage two children were born, Ronda and Chad.  Ronald died in April of 1991.  Mary and Melvin Conrad were married in June of 1999.  Mary was employed as a beautician in Fergus Falls, then had Mary’s Beauty Shop in her home in Kensington, before purchasing Kensington HairCentre.  After selling her shop and retiring from doing hair, she owned and operated Tower Street Daycare in Kensington for a few years.  Following retirement,  Mary enjoyed flowers, traveling, doing road tripping with Melvin and their dog, and especially her family and grandkids.  She was very active in preserving the town and area history, and was a member of Kensington Heritage Society.

Visitation: Saturday, May 5, 2018, from 1 to 3 PM, with a Prayer Service at 3 PM in the Erickson-Smith Funeral Home in Hoffman, followed by burial in Aeneas Cemetery.

To order memorial trees or send flowers to the family in memory of Mary Conrad, please visit our flower store.