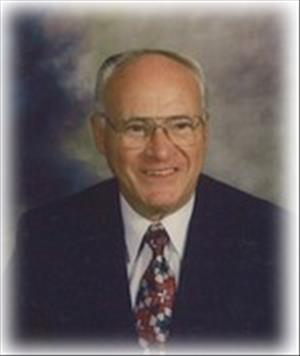 Service: Thursday at 2:00 P.M. at United Lutheran Church in Elbow Lake; visitation is 2 hours prior to the service at the church.

Marvin was born March 24, 1926, at Kathryn, North Dakota to Olaf and Marie (Strand) Oppegaard. He was baptized at Ringsaker Lutheran Church and confirmed at First Lutheran Church in Litchville, North Dakota. He graduated from Litchville High School in 1945 and attended Concordia College, graduating in 1949 with a degree in education. He spent two years in the service of his country with the U.S. Army. He taught school in Detroit Lakes, Kensal and Waubun.

Marvin was united in marriage to Marlene Scherzer on August 11, 1956, at Emmanuel Lutheran Church in Callaway. In 1961 they moved to Elbow Lake where Marvin taught until he retired in 1988. He was a member of the United Lutheran Church in Elbow Lake and was chairman of the Board of Trustees in 1967 when the congregation voted to build the new church building. Marvin was a life member of the Sister City Fellowship and recently retired from the Board of Directors. He had served as treasurer for many years. He was a three-time member of the C400 Club at Concordia College. During all his years in Elbow Lake, Marvin was a member of the American Legion Post 321 and served as adjutant for many years. He loved his family, traveling, and seeing and visiting former students, family and friends. In October 2008, Marvin and Marlene moved to Eventide Senior Living Communities - with Marvin in the Nursing Home and Marlene at Linden Tree Circle Apartments. He is survived by his wife, Marlene of Moorhead, Minnesota; three sons: Mark (Heather) Oppegaard of Crosby, North Dakota, Dean (Jean) Oppegaard of Wesley Chapel, Florida, and Scott (Yvette) Oppegaard of Moorhead, Minnesota; one brother, O'Neil (Janice) Oppegaard of Valley City, North Dakota, a sister, Nordis Johnson of Davenport, Florida, his grandchildren: Kristopher, Stephen, Bjorn, Brynn and Brita; step-grandchildren: Stacie Johnson, Tara Chambers and Damian Chambers; a great-grandchild, Rachel Johnson; and several nieces and nephews. He was preceded in death by his parents; a brother, Wallace; sisters Myrtle Anderson, Marlene Olstad, Evelyn Justesen, and other siblings that died in early childhood.
To order memorial trees or send flowers to the family in memory of Marvin Oppegaard, please visit our flower store.