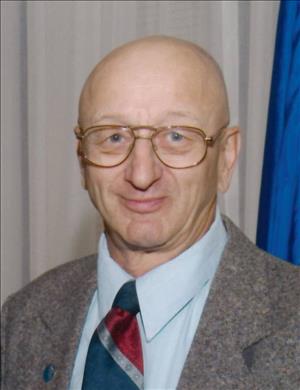 Marvin Stanley Jensen, 75, of Kensington, MN, died on Thursday, February 4, 2016, at his residence. Marvin Stanley was born on January 10, 1941, on the family farm in Kensington, the son of William and Minnie (Enberg) Jensen. He was baptized in Barrett and confirmed at First Lutheran Church of Kensington and attended grades 1-8 at Kensington Elementary School. Marvin then attended West Central School of Agriculture in Morris and graduated in 1958. He went on to attend North Dakota State University where he majored in Agricultural Engineering. While at NDSU he entered the Army ROTC program. He honorably served his country in the Army Corps of Engineers, and was stationed in Aschaffenburg, Germany for 2 ½ years where he served as company commander. After his military career, he returned to Kensington to run the family farm. Later he went back to school, getting a Bachelors in Agricultural Education and his Masters of Agricultural Education both from the University of Minnesota. Besides farming, he worked as an extension agent, advised farmers for Farm Service Agency (FSA), and taught agriculture to both adults and teenagers. On July 9, 1966, he married Marlys Jean Nelson at Solem Lutheran Church in Kensington. The couple became the parents of three children, Mark, Marie and Marsha. Marvin enjoyed politics and was a strong Democrat, running for the District 11B state representative office in 1976. He was a lifelong member of Minnesota Farmers Union, and served as Secretary on the State Board in the 1970s. He then went on to serve on the Farmers Union Industries (FUI) Board, a position he held for many years. He made several trips to Washington to lobby for Farmers Union; during one of these trips, he was near the Capitol when 9/11 occurred. After Marvin sold his beef cattle, he decided to climb mountains – starting at age 68 by climbing Mt. Kilimanjaro with his daughter, Marsha. Just this past summer, he and his son Mark hiked across rural England. He was planning to go on many more trips with his family. He was also very active in his church. He was a member of Solem Lutheran Church, and served as Treasurer until the church closed in 2008. Since then he has been an active member of Nora Lutheran Church. Marvin enjoyed his family, farming, political conversations, and good beer. His hobbies included playing whist, shooting pool, collecting beer bottles, and reading historical literature. Marvin was an avid collector of Ford Mustangs. He purchased his first Mustang, a red fastback, in 1965. He bought the car in Germany as he was leaving the army, picking it up from the factory in Detroit on his way home. He was proud of being one of the few original Mustang owners in the nation. Preceding him in death were his parents, William and Minnie; brother-in-law, Pete Kaplor; nephew, Michael Kaplor and great nephew, Micky Kaplor. He is survived by his loving wife, Marlys Jensen of Kensington; three children, Mark (Jill) Jensen of New Hope, MN, Marie (Brian) LaFore of St. Michael, MN and Marsha Jensen of NE Minneapolis, MN; four grandchildren, Leah and Carter Jensen; Joshua and Rylee LaFore; sister, Wanda Kaplor of Hoffman; along with numerous family and friends. Funeral Service: 1:00 P.M., Monday, February 8, 2016, at Nora Lutheran Church in Kensington. Visitation: Sunday, February 7, 2016, from 2-4 P.M., with a prayer service at 3:30, at the Erickson-Smith Funeral Home in Hoffman. Visitation to resume one hour prior to the service at the church. Clergy: Pastor Irvin Arnquist Interment: Solem Lutheran Church Cemetery, Kensington, MN Funeral arrangements are with the Erickson-Smith Funeral Home of Hoffman for Marvin Jensen. To order memorial trees or send flowers to the family in memory of Marvin Jensen, please visit our flower store.