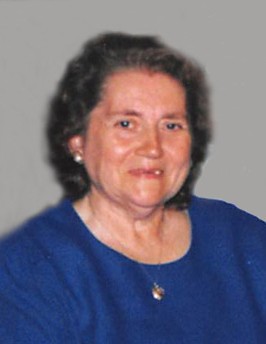 Marlys Ann Germundson was born on April 8, 1940 in Elbow Lake, MN, the daughter of Osborne and Edith (Lee) Germundson.  She attended country school near Erdahl and graduated from Elbow Lake High School. Marlys went to work for Mendelson Egg Company in Elbow Lake for a short time.

While attending a dance at the Cats Eye, she met her future husband, Roger, and they married on June 8, 1963 at Ness Church near Elbow Lake.  Roger and Marlys raised four children, Marlene, Brian, Larry, and Michelle.

Dedicated to her family, Marlys took pride in raising her children, was a doting grandmother, great-grandmother, and played an active role in the family farm operation.  She will be especially remembered for “Grandma’s Milkshakes”, her peanut butter and jelly sandwiches.  In her spare time, she was an avid gardener, had a love of old time music, and seldom missed one of her grandchildren’s sporting events.

She was a member of Messiah Lutheran Church, where she belonged to the Ladies Aide.

In addition to her parents, she was preceded in death by her husband, Roger; a brother, Ronald Germundson; and an infant brother.

Visitation:  5 – 7 PM Wednesday, with a 7 PM Prayer Service, at Messiah Lutheran Church in Hoffman, resuming one hour prior to services.

To order memorial trees or send flowers to the family in memory of Marlys Thorstad, please visit our flower store.