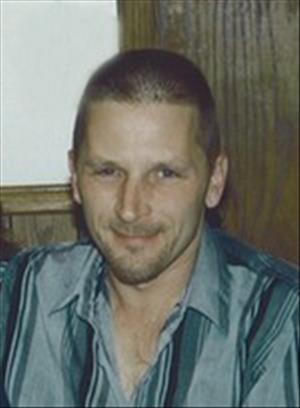 Mark Hagstrom, 41, of Garfield, died Monday, July 13, 2009, near Garfield in a motorcycle accident. Mark David Hagstrom was born October 22, 1967, in Alexandria to David and LaVerne (Helberg) Hagstrom. He grew up in Kensington where he attended school. After high school, Mark enlisted in the U.S. Navy. Following an honorable discharge, he attended and completed professional truck driving school in Houston, Texas, in the fall of 1987. Mark began his truck driving career with Wylie's in Fargo, North Dakota. He enjoyed 22 years of trucking.

Mark enjoyed deer hunting, riding his motorcycle, and playing cards, especially Whist "for blood." He liked meeting new people and visiting. He enjoyed spending time with the kids - his nieces, nephews, grand nieces and grand nephews, and his grandchildren Dezaray and Cheyanne.

Mark passed away Monday, July 13, 2009,.enjoying his greatest passion - riding his motorcycle. He will be greatly missed by his family and many friends.

He was preceded in death by his father David Hagstrom, his grandparents, and one brother-in-law, Daryl Haack.