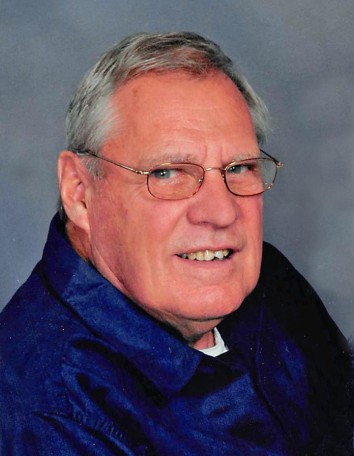 Marius “Doc” Martineau, 87, of rural Elbow Lake died Sunday, December 1, 2019 at his residence under the care of his family and hospice.

He was born March 26, 1932 in St. Paul, MN to Marius and Elizabeth (Steinbach) Martineau.  He grew up and graduated from high school in St. Paul.  He was drafted into the U.S. Army on July 30, 1952.  He spent 2 years in Japan during the Korean War working with generators and power equipment.  He was honorably discharged on July 2, 1955.  On May 9, 1953, he was united in marriage to Barbara Meyer at Holy Spirit Catholic Church in St. Paul.  To this union, three children were born, Kathryn, David and Steven.  The family lived in St. Paul and moved to Wendell in 1961 where Doc farmed.  In addition to crops, Doc raised beef, hogs and turkeys.  He was best known for building and developing an egg laying operation with as many as 175,000 chickens.

Doc leaves behind his children: Kathryn (Richard) Noe of Mauston, WI, David (Terry) Martineau of Fergus Falls and Steven (Loraine) Martineau of Elbow Lake; 12 grandchildren; 18 great-grandchildren and numerous family and friends.  He was preceded in death by his parents, his wife, Barbara on October 29, 2019 and one brother, William.

Visitation: One hour prior to the service.

To order memorial trees or send flowers to the family in memory of Marius "Doc" Martineau, please visit our flower store.