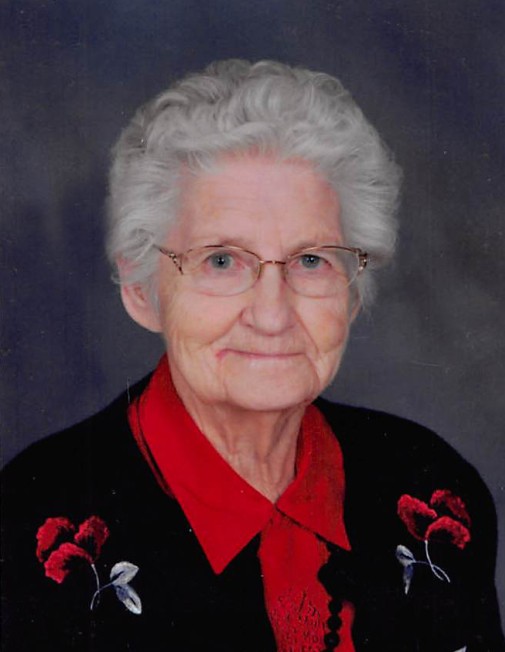 Mae Agnes was born the youngest of six on July 9, 1925, at the family home in Kensington, MN, the daughter of Ole and Agnes (Mader) Larson. She was baptized on August 30, 1925 and confirmed on May 12, 1940 at Solem Lutheran Church in Kensington. Mae attended District 63 Country School in Kensington.

On May 28, 1960, she married Vernon Pochardt in Glenwood and the couple were married for 48 years. To this union a daughter was born, Audrey. Vernon passed away on March 2, 2008.

Mae worked as a waitress at the Dew Drop in Hoffman, the kitchen at the Nursing home in Hoffman and the School in Barrett. She served as Sunday School Superintendent, worked with the Helpmate Club and was a member of the Zion Lutheran Church in Hoffman.

Mae was a very proud homemaker where keeping her home tidy was an act of love to her family. She enjoyed canning, cooking and baking, especially her famous, lefse, lutefisk, pies and homemade bread. She could sit down and visit with anyone even a total stranger and just talk for hours.  Mae and Vern spent many wonderful years together, playing bingo and going on bus trips. She enjoyed word puzzles and crafting in her later years. Mae will be dearly missed but forever in our hearts.

To order memorial trees or send flowers to the family in memory of Mae Pochardt, please visit our flower store.