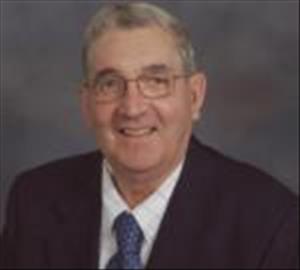 Lyle Owen Pattison was born March 25, 1932, in Delaware Township of Grant County, Minnesota, to Dwaine and Gilma (Pikop) Pattison. He attended country school through the 8th grade, graduated from the Herman High School in 1949, and attended the West Central School of Agriculture for a year. Lyle was a "farmer for life."

Lyle entered the US Army in service of his country during the Korean conflict on November 19, 1953, at Fort Snelling and was honorably discharged at Fort Sheridan, Illinois, on September 24, 1955, with the rank of Corporal.

On October 15, 1955, Lyle was united in marriage to Marilyn Larson. The couple made their home on the farm in Delaware Township, where they farmed while raising their children Kevin, Carol, Gregg and nieces Dee and Dianna Lindeman, following the tragic deaths of Lyle's sister, Virene Lindeman and part of her family.

Over the years, Lyle was an active Farm Bureau member and received the Community Service Award and honorary life membership. He served on the Farmer's Co-op Oil Association board for 29 years. The Pattison family was recognized as the Grant County Farm Family of the year in 1993. For nine years Lyle served on the Herman/Norcross School Board. He was also a board member for Delaware Township, Grant County Township officers, Grant County Food Shelf, and the Lawndale Environmental Foundation. He also served as a 4-H leader.

Lyle's faith was strong and he actively served the Grace Evangelical Free Church over the years as trustee and treasurer on the church board, the church building committee and acted as an on-site building supervisor ? , and was a welcoming presence as a greeter and usher.

Lyle will be remembered for serving God, his family, his church, and his community. He is remembered for being a handyman to everyone, always helping others, a passionate farmer and worked hard to improve the farming operation.

He was preceded in death by his parents Dwaine and Gilma (Pikop) Pattison; step-mothers Evelyn (Ellison) Pattison and Mary (Block) Pattison; sister and brother-in-law Virene and Norman Lindeman and their children Patricia, Timothy and Thomas; and father and mother-in-law C. Julius and Ella Larson.

Memorials are preferred to the Grant County Food Shelf.

Visitation:5-7pm Friday, February 4, at Erickson-Smith Funeral Home, Elbow Lake, and resuming one hour prior to services at the church on Saturday
To order memorial trees or send flowers to the family in memory of Lyle Pattison, please visit our flower store.