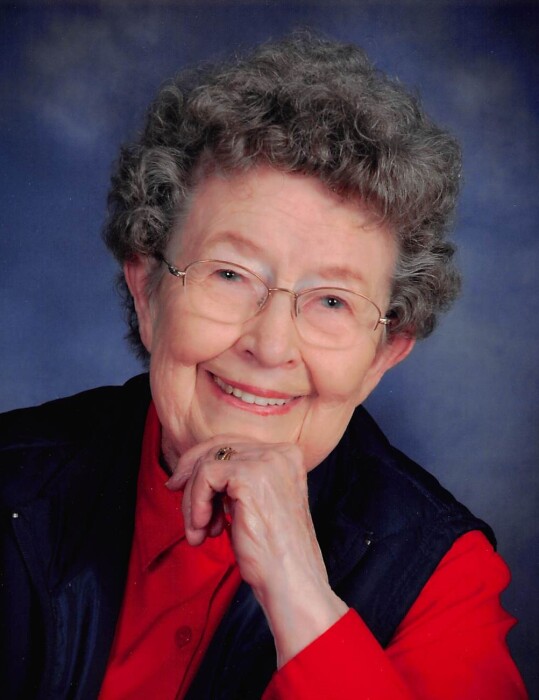 LuEtta Bordson, 93, of Elbow Lake passed away on December 29, 2020 at Pioneer Care Center in Fergus Falls after a long and full life.

LuEtta was born April 16, 1927 to Oscar and Caroline (Vigen) Thompson. She was baptized at Rock Prairie Church on July 25, 1927, confirmed at Trinity Lutheran Church in Wendell on June 8, 1941 and graduated high school from Elbow Lake with the class of 1945. Following graduation, she worked at the Grant County Herald office until she was married.

LuEtta met Sidney Bordson at an ice-skating party. LuEtta and Sidney were married at Trinity Lutheran Church in Wendell on November 22, 1947. Together they raised their three children on the family farm near Elbow Lake.

LuEtta was a dedicated church volunteer and took an active role in many activities at United Lutheran Church. She was involved with teaching Sunday school, participating in ULCW, Circle and Dorcas, quilting at church, and embroidering baptismal cloths for many years. She enjoyed all aspects of sewing her entire life. Fabric and patterns were plentiful, along with needlework and crafts. There was always a project to work on.

Blessed be the memory of LuEtta Bordson.

A private family funeral will be held Monday, January 4 at United Lutheran Church in Elbow Lake. Filming of the service will be live-streamed and uploaded to the funeral home website. Interment will be in the Ness Cemetery of Elbow Lake. Erickson-Smith Funeral Home of Elbow Lake is assisting the family.

Memorials are preferred to the Quilting Fund at United Lutheran Church.

To order memorial trees or send flowers to the family in memory of LuEtta Bordson, please visit our flower store.