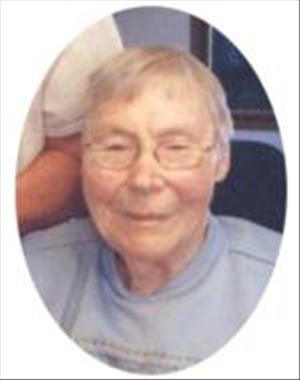 Louise Mayme (Wadeson) Johnson was born October 2, 1915, on the family farm near Alice, North Dakota, to William R. and Emma C. (Johnson) Wadeson. She was the youngest of eight children and the last surviving family member. Louise had three brothers and four sisters of which three lived in her lifetime.

Louise moved to Minneapolis, where she began working as a RN at Hennepin County General. This is where she met the love of her life, Franklin Johnson. She and Franklin were married May 1, 1937, and the couple resided in Minneapolis until 1948 when they moved to Elbow Lake, where they started A & F Implement Company. The couple retired in 1976. Louise also worked at Lake Region Hospital for several years.

Louise and Franklin were able to enjoy their retirement for 21 years until her husband passed away August 27, 1999.

Louise was an active member in the First Presbyterian Church in Elbow Lake where she served as church treasurer. She also held the office of treasurer of the UPW until she was unable to.

She also was very active with the American Cancer Society and served as chairman of Grant County for many years, In 1951, Louise saw the first film on breast self-examination, and when she came home from the convention, she found a lump. She was a long time survivor of breast cancer.

Louise lived at the Dignity House of rural Hoffman for almost six years, where she thrived on the loving care given to her.

She was preceded in death by her husband Franklin, son Roger, brother J. Charles Wadeson, sisters Anna (Wadeson) Shubert and Carrie (Wadeson) McCall, and her little brothers and sisters.
To order memorial trees or send flowers to the family in memory of Louise Johnson, please visit our flower store.