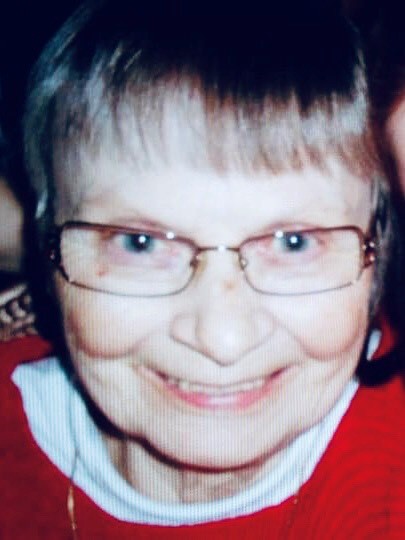 Perk was born on July 31, 1932 in Fergus Falls to John Henry and Inga (Thompson) Pergande.  She was baptized and confirmed at the United Church of Christ in Fergus Falls, attended school in Carlisle Township, north of French, and graduated from Fergus Falls High School in 1950.  Perk worked at the Park Region Bakery in Fergus Falls and later at deLendrecies Department Store in Fargo, ND.  She was the Avon Lady in Stony Brook Township and surrounding area for many years.

On April 30, 1955, Perk and Orville Lien were married at the United Church of Christ in Fergus Falls.  They dairy farmed until the fall of 1963 but continued to live on the farm until 1985, when they moved to Elbow Lake.  In December of 2017, Perk moved to Starbuck, MN.

Perk enjoyed playing cards, Bingo, dancing, word finds and bowling.  She and Orville also enjoyed traveling.  She enjoyed spending time with her family, especially her grandchildren and great-grandchildren.  She was a member of the Rock Prairie Lutheran Church ladies circle.

Visitation: One hour prior to the service at the church.

Burial in the church cemetery

To order memorial trees or send flowers to the family in memory of Lorraine Lien, please visit our flower store.