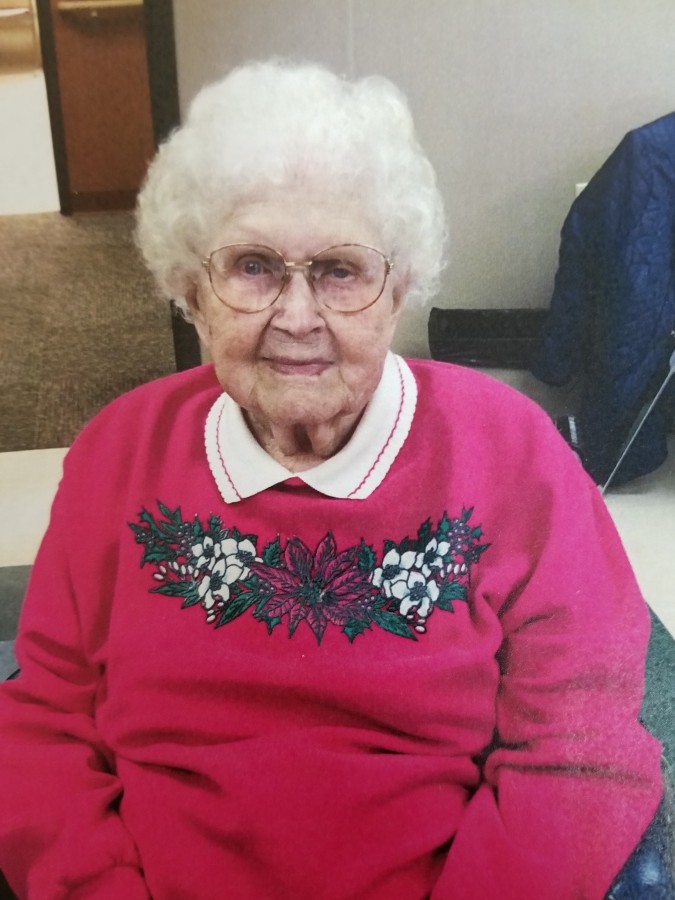 Linda Marie (Kjorness) Rarer was born on February 24, 1914, near Parshall, North Dakota, to Thorvald and Mabel (Peterson) Kjorness. Linda was baptized and confirmed in the Lutheran Faith.  After marriage, she belonged to the Norcross-North Ottawa Evangelical United Brethren Church, which eventually became Methodist. After the Norcross Church closed, she became a member of the Herman, Minnesota,United Methodist Church. Linda lived near Parshall, North Dakota, and near Elbow Lake, Minnesota, until she and George were married.

Linda was united in marriage to George Rarer on September 1, 1933, at the Swedish parsonage in Elbow Lake, Minnesota, with Reverend Carl A.E. Gustafson officiating. God blessed Linda and George with two children, Robert and Carol. They farmed near Wendell, Minnesota, and later, in North Ottawa Township of Grant County until 1985, when they moved to Norcross, Minnesota. Linda lived with her daughter Carol, in Norcross from 2002 until she entered the Barrett Care Center in November 2016.

Linda had a special love for her family, her Lord, her church, and her friends. Linda loved to garden - flowers and vegetables – canning and freezing, and especially sharing her bounty with others! Linda was active in her church and Ladies Aid. She loved the quilt and rug making! She was often the first one there to work and the last one to leave! She was a member of the Legion Auxiliary for many years, and also, the Senior Citizens Club, all while working alongside George on the farm. Linda loved to read, do puzzle books, embroider and crochet, watch Wheel of Fortune and Polka Party on TV, and she especially loved company! Linda was a very much sought-after babysitter, and her babysitting kids were always very special to her.

Visitation: one hour prior to the service at the Herman United Methodist Church in Herman.

To order memorial trees or send flowers to the family in memory of Linda Rarer, please visit our flower store.