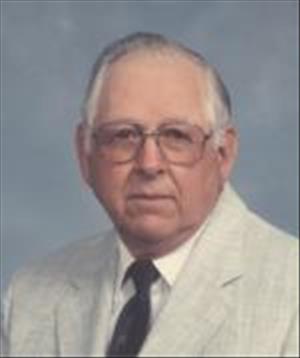 Lester spent his early years as one of the "Westberg Brothers" on the family farm located in Urness Township of Douglas County. He was baptized and confirmed at Wennersborg Lutheran Church of rural Kensington. He attended Country School District #78 in Urness Township.

Lester was proud to have served his country as a Sergeant in the 66th Infantry (Panther) Division from 1943-1946 where he was honorably discharged at Camp McCoy, Wisconsin, after being stationed in Ft. Blandin, Florida, Camp Robinson, Arkansas, Camp Rucker, Alabama, England and France. He witnessed the Germans sinking one of their troop ships, the USS Leapold (the second largest maritime disaster in history), as it crossed the Channel on Christmas Eve of 1944. Lester was one of "Five Westberg Brothers" serving in WWII at the same time.

Lester was a building contractor for 42 years. Lester and "the crew" built 97 new homes in the Hoffman area. He owned the Kensington and Hoffman lumber yards in partnership with his brother Dale for 27 years.

Favorite pastimes for Lester included visiting with family and friends and going for "Sunday drives." He was an avid hunter and fisherman, enjoying hunting and fishing trips with family and friends, then later with his grandchildren. He bowled and golfed in leagues for many years. He also loved traveling and meeting new people. Lester had a wonderful sense of humor and loved to play jokes on family and friends. He was a devoted Twins fan and was honored by them with a card of appreciation and greetings in 2009.

Visitation: 5-7pm Friday, 7pm prayer service, at Funeral Home; one hour before service at church on Saturday
To order memorial trees or send flowers to the family in memory of Lester Westberg, please visit our flower store.