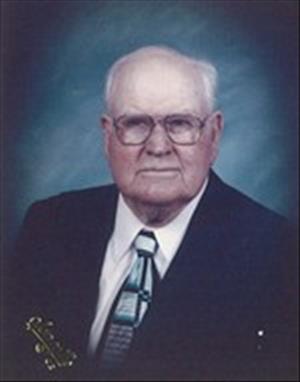 Lester Olson, 83, Ashby, died at his home on Sunday, October 4, 2009. Funeral services for Lester Olson will be held at 11:00 am Thursday, October 8, 2009, at United Lutheran Church in Elbow Lake with the Rev. Bob Toso officiating. Burial will be in the Erdahl Lutheran Cemetery, rural Elbow Lake. Visitation will begin at 5 pm on Wednesday evening at the Erickson-Smith Funeral Home in Elbow Lake with a prayer service at 7:30 pm. Visitation will resume one hour prior to the service at the church on Thursday.

Lester Ruben Olson was born November 12, 1925, the youngest son of John E. and Mathilda (Wick) Olson on the farm homesteaded by his grandfather in Erdahl Township, his lifelong home. He was baptized and confirmed at Erdahl Lutheran Church where he was a lifelong member until it closed. He also served on the church council there. Lester attended District #13 school and graduated from Elbow Lake High School in 1943. Following graduation he worked in west coast shipyards during WWII, then four seasons on Great Lakes ore boats before returning to the home farm where he farmed for 41 years before retiring in 1990. On October 27, 1957, Lester married Shirley Rose Ulsby at Parkers Prairie. To this union five children were born. Lester loved farming and, following retirement, took pride in keeping up his family homestead. He took up woodworking as a hobby and made several pieces of furniture for family members. Lester is survived by his wife Shirley; children Orvin (Evie) of Conroe, Texas, Patty (Steve) Benson of Elbow Lake, John (Lori) of Elbow Lake, and Rosie (James) Davis of Springfield, Missouri; grandchildren Ashley (fiance' Blake Buehring) Olson, Shane (Kristel) Olson, Sierra Olson, Chris (Jessica) Davis, and Amy Benson; great-granddaughter Hannah Olson; five step-grandchildren, four step-great-grandchildren and one step-great-great-grandson; and several nieces and nephews. He was preceded in death by his parents, infant son Christopher Alfred, infant granddaughter Sarah Ann Benson, half sister Alice Olson, half brother Raymond Olson, and brothers Norman, Walter, Maynard, Merrill and Arthur.
To order memorial trees or send flowers to the family in memory of Lester Olson, please visit our flower store.