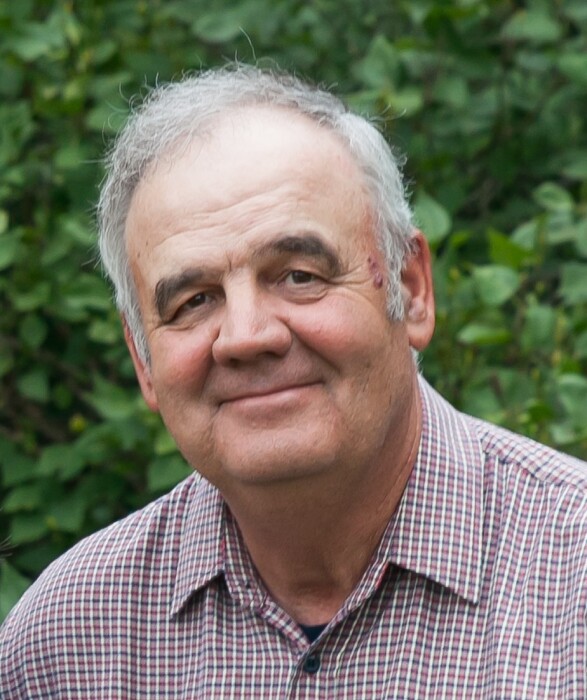 Leroy Steven Thorstad, son of Irene Deloris (Nelson) and Myles John Thorstad, was born on April 22, 1953 in Morris, Minnesota. He was baptized at Lands Lutheran Church in Hoffman and confirmed at Our Savior’s Lutheran Church in Chokio. As a child he began his love of nature as a boy scout, farming with his uncles, and hunting.

Leroy attended school in Hoffman, and then graduated from Chokio-Alberta school in 1971. After graduation, he worked in Chokio and the Twin Cities before moving to Three Forks Montana in 1973, where he enjoyed working on a cattle and hay ranch.


In the fall of 1977, he attended Jackson Technical College in the Land Survey and Management program. Upon graduation, he began his 42 year long career land surveying, tiling and excavating, installing rural water and field drainage systems across Minnesota, North and South Dakota, Iowa and Nebraska. After years of working on the road, he decided to stay closer to home and put his interests toward the cattle and crop farming.

He was united in marriage to Sylvia Hagen on September 9, 1978. They raised three children in rural Hoffman on a farm. They worked together to grow crops and tend sheep, horses and cattle. Leroy was very proud of his family, calling them his greatest achievement.

Leroy was a steward of the land and enjoyed improving land for production and conservation. Leroy’s real passion was cattle. He enjoyed researching cattle genetics and had a wealth of knowledge on cattle production. He would spend hours researching, and spent years developing his well respected Shoshone Angus cattle herd- focusing on breeding good mothers.

Leroy truly enjoyed visiting with people and hearing their stories. He could strike up a conversation with anyone, anywhere - and would remember the intricate details about people. He was a cherished friend and mentor for many. He developed meaningful friendships with people from all around the United States, Canada and New Zealand.

Leroy passed away on July 13, 2021 at sunrise, his favorite time of day, surrounded by family, at his home in rural Hoffman.

He is proceeded in death by his grandson: Degen Meyer; his parents: Myles and Irene Thorstad; and numerous aunts, uncles, cousins, grandparents, and friends.

Graveside service will be held on Saturday, July 17, 2021 at 9:00 A.M. at Lands Lutheran Cemetery in Hoffman.  Light refreshments will be served after the committal service at Messiah Lutheran Church.

To order memorial trees or send flowers to the family in memory of Leroy Thorstad, please visit our flower store.