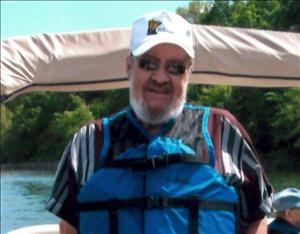 LeRoy Elton Anderson, 76, formerly of Hoffman, passed away peacefully in his sleep on Monday, August 3, 2015 at his residence in Alexandria, MN. LeRoy Elton was born on August 22, 1938, in Lands Township, Grant County, the son of Lawrence E. Anderson and Esther C. Satre. He was baptized on May 11, 1939 and confirmed at West Elbow Lake Church. He attended rural Country School in Elbow Lake. After school he worked as a carpenter, painting and shingling houses. On September 9, 1959, he married Ione Evelyn Lundquist at Land Lutheran Church in Hoffman. They were the parents of three children, Tammy Kay, Danny Lee and Kellie Lyne. LeRoy worked at the Creamery in Herman and later as Head Custodian for over ten years at the Herman School. He was a past member of the Bethel Lutheran Church in Herman and current member of Nora Lutheran Church in Kensington.

His hobbies included fishing, hunting, drawing and woodworking. He made many model churches and dollhouses, giving great detail to interior design. LeRoy loved feeding the birds and squirrels, and watching western movies. His favorite movie was "Heaven is for Real". The time spent with family, especially his grandchildren was what he cherished most. LeRoy was preceded in death by his parents, Lawrence and Esther and children, Tammy Kay and Danny Lee.

Funeral Service: 1:00 P.M., Friday, August 7, 2015, at the Nora Lutheran Church in Kensington. Visitation: Thursday, August 6, 2015, from 5-7 p.m., with a 6:30 prayer service at the Erickson-Smith Funeral Home in Hoffman with visitation resuming one hour prior to the service at the church. Clergy: Pastor David Hanssen Interment: Lands Cemetery, Hoffman, MN The Erickson-Smith Funeral Home of Hoffman is in charge of arrangements for LeRoy Anderson.
Leroy Anderson Video Tribute Visitation will resume one hour prior to the service at Nora Lutheran Church.

To order memorial trees or send flowers to the family in memory of LeRoy Anderson, please visit our flower store.